Home Breaking Trade unions are encouraged to participate in voting for the amendment to... 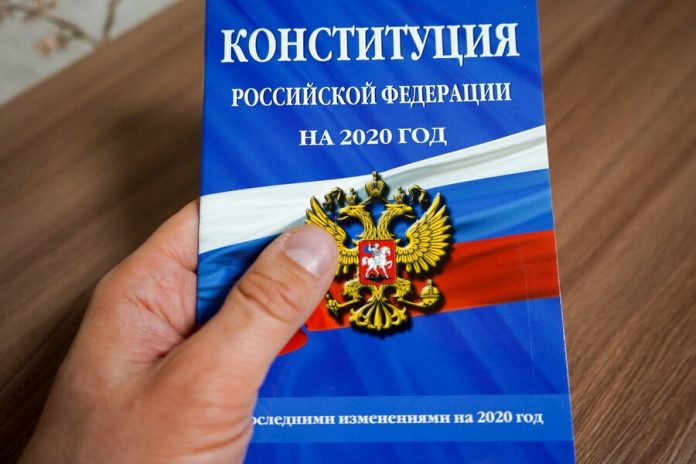 Chairman of the Federation of independent trade unions of Russia (FNPR) Mikhail Shmakov urged Union members and their families to take an active part in the national vote for a constitutional amendment.

According to him, we should not forget that the source of power in Russia is the people.

“Despite the extremely tight schedule, we were able to get a few dozen opinions, each of which is the position of thousands of organization members. I believe that we should support the President’s proposals also complement their their restorative social rights of workers. Our slogan: “every vote!”. And it is our duty to convince all the Union members and their families to take part in the vote” – quoted Shmakov, the Agency “Moscow”.

He added that in the FNPR received proposals to amend the Constitution of the Russian rules on mandatory indexation of wages and the return of the Russian trade unions the right of legislative initiative.

on January 15 in the message to the Federal Assembly, the Russian leader said that the Constitution should take precedence over international law. He invited the Russians to vote on a number of changes.

January 20, Vladimir Putin submitted a draft law on amendments to the Constitution of the Russian Federation to the state Duma. According to the draft law, one and the same person cannot hold the office of President of the Russian Federation more than two terms. In addition, the head of state can become a person aged 35 years, residing in the country for at least 25 years, without foreign citizenship.

in Addition, it proposes to strengthen the regular indexation of pensions in Russia the guarantee of social benefits and other social payments. The minimum wage, according to the amendments, should not be below the subsistence minimum of the working population.

January 23, the state Duma has passed the bill in the first reading. January 27, Komitet the state Duma on state building and law 17 amendments to the document. The Central election Commission also prepares proposals for amendments.

Press Secretary of the President Dmitry Peskov said that the vote on the amendments to the Constitution is not a formality. He noted that who is working on the order and timing. As stated by the representative of the Kremlin, need to arrange a vote was not, however, on the insistence of the President.

the Head of the Central headquarters of the all-Russian public movement “Volunteer Victory” Olga Amelchenko said that a nationwide vote should begin after the President signs the bill. She added that the discussion of the amendments are actively participating regions.