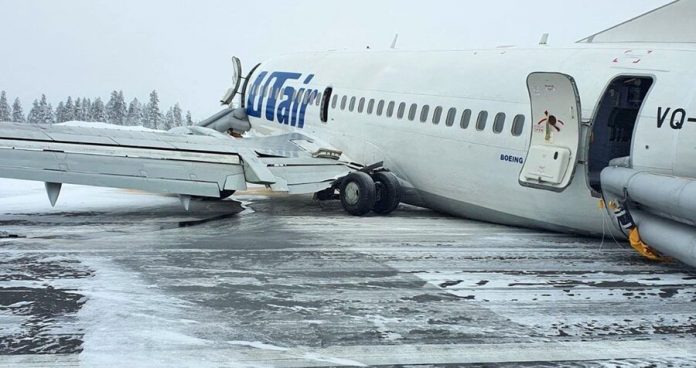 Photo: TASS/Press service of EMERCOM in the Republic of Komi

the North-Western transport Prosecutor’s office initiated the inspection after the aircraft of the airline Utair sat rigidly at the airport Usinsk.

“North-West transport Prosecutor’s office organized verification of observance of legislation on protection of passenger rights and safety in connection with accidents at the airport Usinsk in the Komi Republic with the aircraft of the airline Utair”, – said the press service of the Ministry.

According to preliminary data, the plane, flying flight Moscow – Usinsk, during landing I hit the tail on the runway and continued along it to the fuselage. The reason for this was that the Boeing 737 had problems with the chassis. It is also reported that a hard landing in Komi Republic had occurred because of the sharp changes in the wind.

Later, it was reported that the landing of the liner system did not work precise guidance to runway at the airport. Also not included were the lights of the approach to the runway, reports TASS with reference to the press service of the carrier.

it is Noted that on Board were 88 passengers and six crew members, nobody suffered.