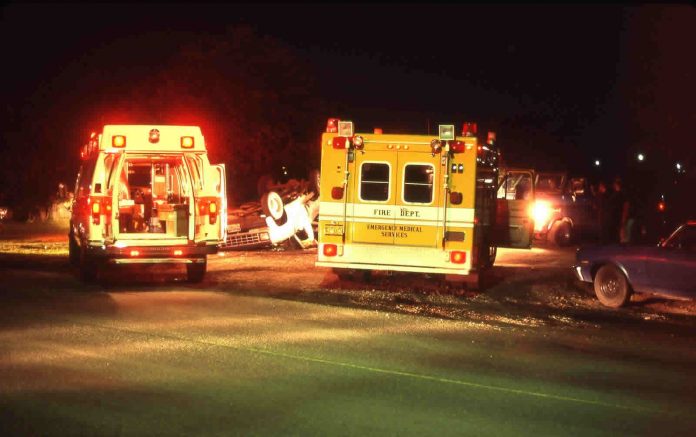 Detective Benjamin Campbell from Maine was killed when he was struck by a 200-pound wheel that detached from a tractor-trailer on Interstate 95. The wheel came off of a logging truck.

The incident is a rarity, with no real figures on how many times wheels separate from vehicles. The Tire Industry Association claims that it’s difficult to determine the number of times wheel separation occurs in the United States annually.

An expert speaking with the Press Herald claims that the occurrence is as rare as a lightning strike.

A woman standing outside of her vehicle at a Mississippi rest stop was killed when two tires came off of a truck, went over the median and hit the woman. Lack of data and the list of ways that a detached tire can occur leaves experts without a way to determine how to correct the issue.

Components can be damaged or worn, studs can fail, tires can be installed improperly, and all of these occurrences can lead to tires detaching from vehicles. There’s also the risk of the tire separating from a vehicle when the vehicle is overloaded.

Campbell’s incident occurred when the trooper pulled over to help a motorist that had lost control of their vehicle and turned 180-degrees in the road’s shoulder, facing oncoming traffic. Two wheels detached from a logging trailer, each weighing 200 pounds and traveling at approximately 60 MPH before one tire hit Campbell.

The tire hit the disabled automobile with such force that the vehicle’s airbags deployed.

“Trucking companies are using debt and threats of job loss to force drivers to stay on the road, even when fatigue, illness, or mechanical problems may be raising their risk for accidents. The pressure to take loads, no matter the risk, has caused an increasing number of drivers to operate their commercial vehicles unsafely,” explains Bradshaw Law LLC.

The truck driver did stop and was interviewed by police officers. His vehicle is being examined by Maine State Police to try and determine why the wheels separated from the vehicle. The National Transportation Safety Board last investigated wheel separation issues in 1992. The investigation led to the Board stating that a variety of factors can cause separation and that there was no definitive number of incidents that occur nationwide each year.

Oil counties have an exceptionally high rate of accidents, according to new data from North Dakota. The state found that 67% of truck-related accidents occurred in the state’s oil counties. Federal regulations permit truckers to work 14 hours per day, with 11 of those hours on the road.