Home Breaking Trump revealed details of the “deal of the century” 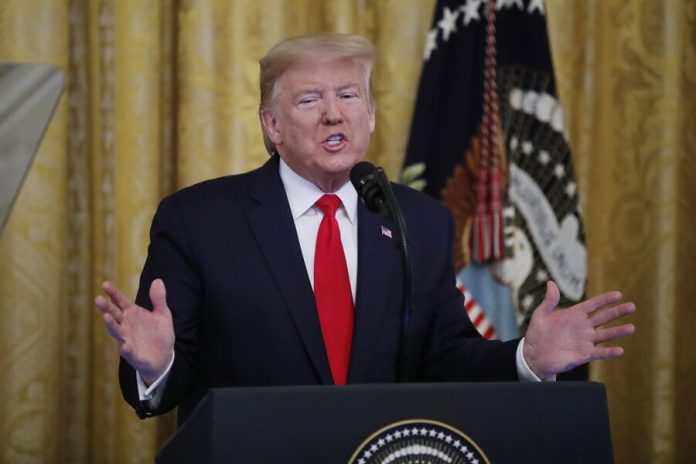 Donald trump said his plan for middle East settlement involves the increase of the territory occupied by the Palestinians, as well as the transfer of their capital in East Jerusalem, reports “Interfax”.

“the Plan envisages an increase in the Palestinian territories more than doubled and the creation of a Palestinian capital in East Jerusalem,” said the US President in the White house.

Donald trump has also expressed the view that the new US plan for settlement in the middle East is the last possibility for the Palestinians to form their own full-fledged state.

“Today’s agreement is an historic opportunity for Palestinians to finally achieve the creation of their own independent state. After 70 years during which there has been little progress, it may be their last chance,” he said.

Also on Twitter trump has published a map of the new boundaries of Palestine (green. – Approx. ed.) and Israel, proposed as part of the “deal of the century”.

Prime Minister Benjamin Netanyahu said that Israel is ready to take as a basis for further negotiations with the Palestinians, the American plan for a middle East settlement.

“Yesterday, Prime Minister Netanyahu has informed me that he was willing to support my vision as a basis for direct talks with the Palestinians, which is a historical breakthrough,” said trump.

Earlier, Netanyahu announced that he intends to meet with Vladimir Putin on 29 January to thoroughly acquaint him with the “deal of the century” Donald trump.