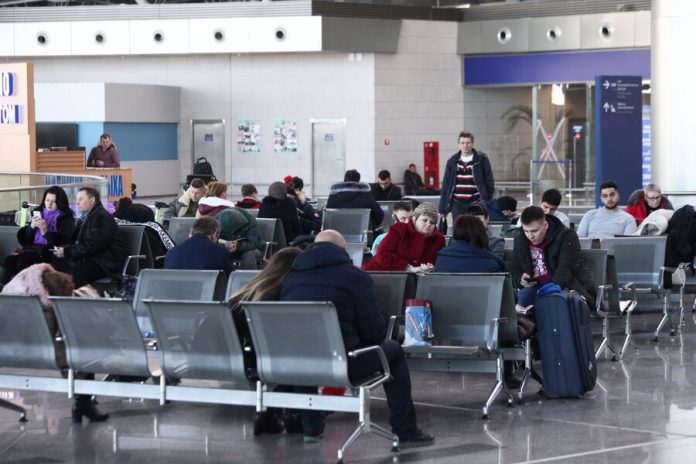 information about the suspension of flights to Vnukovo airport, which has spread in the Telegram-channels is false. This statement was made by representatives of the air port at the request of the Agency “Moscow”.

“it is Not confirmed. There was one flight, which departed with a delay,” – said the press service of the airport.

in addition, representatives of the Vnukovo airport said that the airport works in a regular mode.

Earlier it was reported that more than 30 flight was moved to three Metropolitan airports. Vnukovo airport was delayed 13 flights. In Domodedovo has postponed the departure time to 7 aircraft, 7 aircraft not take off at all. And in the Sheremetyevo have detained 4 flights. The reasons for the changes in schedule have not been set.

Rospotrebnadzor has strengthened sanitary and quarantine control in Vnukovo