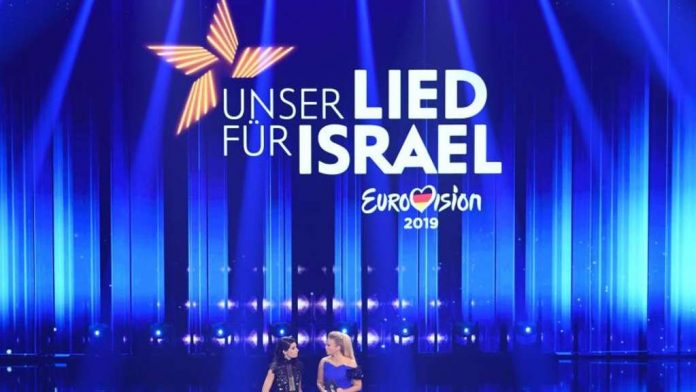 Berlin (dpa) – For the TV viewers, the thing was clear: better to be criminal than music. “The Prosecutor” in the ZDF is a lag in the ratings on Friday evening ahead of the front, with an average of 6,32 million switched at 20.15 clock, the new episode of “at any price”.

The market share was 20.6 percent – more than one out of every five viewers at this time. In contrast, the interest in the preliminary rounds for this year’s Eurovision Song Contest (ESC) was manageable, the First under the title of “Our song for Israel”. The two-hour, by Barbara Schöneberger and Linda Zervakis moderated broadcast saw is 2.84 million viewers (9.6 per cent). Together with the digital channel One, there were 2.99 million.

last year, the Live broadcast of the preliminaries had been transferred to 3.17 million viewers (9.9 percent), even though the same time as the Gala for the “Golden camera” in the ZDF. This time the Duo won S!sters. The two singers Carlotta (19) from Hannover and Laurita (26) from Wiesbaden impressed with their Song “Sister” at the most. You step for Germany in the ESC final on may 18. May in Tel Aviv.

The sports show “the Big Bounce, The trampoline Show” on RTL tracked from 20.15 PM to 1.70 million (5.6 percent), significantly less than the week before. The Science-Fiction movie “Star Trek” with Chris Pine as a young Captain Kirk looked on ProSieben 1.37 million (4.7 percent), the Show “The big celebrity spin the bottle” on Sat.1 in section 1.30 million (4.4 percent), and the horror action flick “Van Helsin” on RTL II 1,10 million (3.8 percent).

The Prosecutor: at any price

Our song for Israel