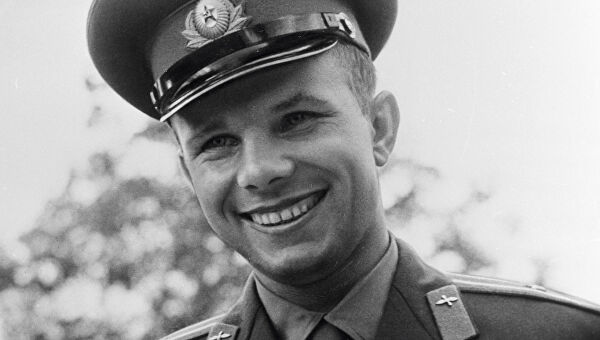 the Era of manned spaceflight began on 12 April 1961 flight into space of Yuri Gagarin. His name will forever remain in the memory of mankind. Today on the first manned flight into space is known almost everything, but never publicized as the material was rewarded by the Soviet government for his feat of the first cosmonaut of the Earth.

In our days, the man who first made would be an act similar to the flight of Yuri Gagarin into space, the next morning would Wake up a rich man. But it is today, as in Soviet times, the reward on which it is forked, the Soviet government, were more than modest. The most interesting material thanks to Yuri Alekseevich Gagarin, allocated by the authorities, was called not a premium or reward and took place at the “gifts”. A month after the famous flight – April 18, 1961, classified as “Secret”, was released the decree of the Council of Ministers of the USSR “About the gifts of Y. A. Gagarin”. The document clearly the points was written as the Soviet authorities are planning to reward the first cosmonaut of the planet. According to the document, Yu. a. Gagarin was allocated the car “Volga”, a house for his parents furniture and equipment. In addition, the astronaut was given two-bedroom apartment at the place of service. Moreover, the apartment stood out furniture for the bedroom, dining room, nursery and office. For a comfortable life have also attached appliances: TV Rubin, Radiola Suite, washing machine, vacuum cleaner and refrigerator. All! The cost of these gifts had to be paid from the reserve Fund of the Council of Ministers of the USSR.

Quite interesting is the list of “equipment”, which was to be given to the first cosmonaut of the planet. Translated from the bureaucratic language to Russian Yuri Gagarin and his family had to be allocated scarce in the Soviet Union things. To the astronaut relied: coat, jacket, coat, light summer, a raincoat, two suits, two pairs of shoes, six shirts, two hats, six pairs of socks, six pairs of silk underwear, six pairs of sets of shorts and t-shirts, six ties, one pair of gloves, one razor, two suitcases and two sets of military uniforms. It is noteworthy that the government has not spared “equipment” wife and two daughters of Yuri Gagarin. His wife Valentina was allocated: coat, jacket, coat, light summer, a coat, three dresses, a black suit, two hats, six pairs of stockings, three pairs of shoes, two handbags, two pairs of gloves, two pairs of rails, two blouses, one jacket. Daughters of the astronaut was supposed to: baby cot, baby stroller, four woolen dresses, two coats, two hats, four pairs of shoes, six pairs of underwear, doll, baby layette. With virtually the entire list of children’s clothes was meant for Elena, the eldest daughter of the astronaut. For the younger daughter Galina, who in the spring of 1961 was born, there stood only the so-called “baby layette”. Under this intriguing title was understood the things necessary for a newborn.

the Most interesting is that, showing miracles of unprecedented concerns, the Soviet government did not forget about anyone from the family of the astronaut. Parents, as mentioned above, have identified a prefabricated house consisting of three rooms, a TV, a radio and furniture for three rooms. Of the things mother Yuri Gagarin was given two coats, a coat, two dresses, a shawl, two pairs of shoes, six pairs of underwear, six pairs of stockings and a jacket. Father Yuri in turn relied: two coats, a cap, two suits, two pairs of shoes, four ties, six shirts and six pairs of socks. Sister and two brothers of the astronaut gave a thousand rubles. On the one hand, the government has not offended anyone of the family of the first astronaut. By Soviet standards of the 1960s years the gifts have been quite signicant, but on the world the standards for the first manned flight into space Yuri Gagarin would have to get considerably more wealth.