Home Breaking What good did the Ukrainians for the Russians after the time of... 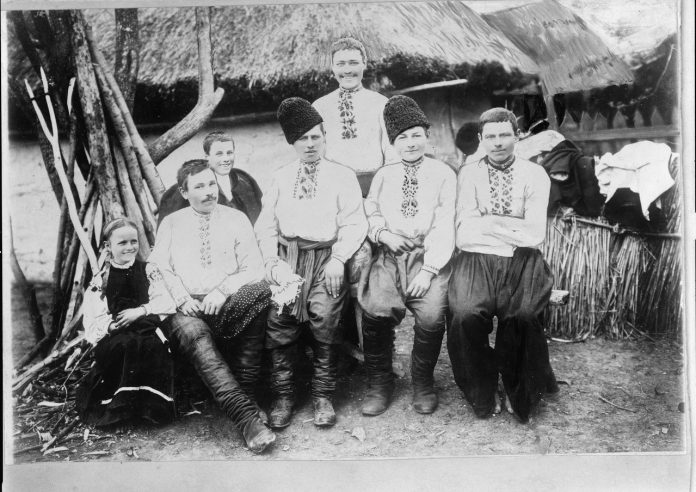 War often lead to increased cultural contacts. Was no exception and the time of Troubles the Moscow state. After it has significantly increased cultural ties Moscow Russia, on the one hand, and Ukraine and Belarus were part of the Commonwealth. Western Europe was part of Russia through Poland. Military system, the formation of the Polish-Lithuanian nobility of the Belarusian-Ukrainian origin caused Moscow nobility an involuntary desire to emulate them. Recognizing the cultural superiority of Kievan Russia over Moscow affected in such cases, where great Russians before fiercely defended their ethnic identity in matters of faith. Ukrainians and Belarusians professed the same Orthodox faith, but their views on religious matters were wider, they were not afraid to engage in religious disputes with Polish Catholics and adherents of Lutheranism. They were notable for their comparative erudition, and it was clear, because in the Belarusian-Ukrainian lands not only home education has evolved, but were created educational institutions that tried to compete with the Catholic, heavily used at that time in the Commonwealth by the Jesuits. Orthodox educational institutions were also created under the patronage of wealthy nobles (Polish state patronized only Jesuit collegiums), but chipped Orthodox brotherhoods of the cities of Lvov and Vilna. These brotherhoods were learning to defend their positions in public religious and political disputes with the Catholics. The printing of Orthodox brotherhoods (Lviv, for example) was a source of distribution of printed Orthodox books and in the Moscow state. In General, all boiled down to the fact that Muscovy, realizing after the time of Troubles, its lack of competitiveness on the basis of grammar, rhetoric, political and military Sciences, spoke to the ortholawn lands of Ukraine and Belarus as the source of knowledge. And this, in turn, opened the way to Russia to speakers of Ukrainian and Belarusian literature, their influence on the higher spheres of society of the Moscow state.

This contributed to another side of the same process. To know the Orthodox of Ukraine and Belarus, being exposed to the increasingly strong Polish and Catholic influence, were aware that the support he is likely to obtain only in Moscow, in the Russian Orthodox Tsar and the Russian Church. Moscow was increasingly perceived not as a source of tyranny, and as the only independent Orthodox Russian Empire. From the end of XVI – early XVII century begins to spread hope for Moscow’s help the king of action! Orthodox Ukrainians and Belarusians, not converted to “the faith of the poles”, are increasingly aware of being “roskem people,” friends of Moscow. After the time of Troubles, with the 1620-ies in Ukraine are subject to the composition of the Zaporozhye Cossacks, who appear “chivalrous men”, the Russian Orthodox gentry. Moscow acts the same Cossacks, zadeystvovany in the time of Troubles together with the Polish-Lithuanian people, began also to forget for political reasons.

In 1615 in Kyiv on the model of the Lviv brotherhood school was established Kyiv-Mohyla Academy, later played a significant role in the history of Russian culture that developed in the late XVII –XVIII centuries already the Russian-Ukrainian. Graduate Simeon was a teacher of children of the Moscow Tsar Alexei Mikhailovich from his first wife. Academy in the early XVIII century was the Moscow clergy as well bishops as Stefan Jaworski, Feofan Prokopovich, Theophylact Lopatinsky, innocent Kulchinsky and others. One time it learned of M. V. Lomonosov.

In 1654, the left Bank Ukraine and Kiev became part of Russia, and the Moscow Tsar since then became known as the king of all great and little Russia. Kyiv-Mogilanska Academy, before the Foundation of the Moscow Slavic-Greek-Latin Academyemii (Zaikonospassky schools) in 1679, was the only Russian institution of higher education. Kiev Academy served as staff for constantly opening new Russian theological seminaries. It is significant that in a Church Split footage from Ukraine played an important role, as the Greek rite, which corresponded to the liturgical books, was more familiar than the old. Spiritual footage from Kiev – Epiphany slavinetsky, Damascene Ptici, Arseny Satanovsky played a prominent role in the reform of Nikon.

the Ukrainization of Russia was of a terminal nature. Ukrainians, called on Moscow, as from time immemorial, “Cherkasov”, was perceived by the people of foreigners, although they were subjects of one king, and professed the same faith. So, in the Royal decree of 1682 the boyar people were forbidden, under pain of penalties, to insult Cherkasov, and Cherkasy is listed alongside “foreigners and Germans.” In 1669 Belarusian Simeon recognized that the Ukrainians are rushing to Moscow like bees to a perfume, but is very irritating Muscovites with their insincere and self-serving behavior. Of course, this applies mostly to privileged fishers of happiness and rank.

it was a Major Ukrainian domination of the Russian Church – the focus of the ideology and education of the time. The interesting digital data of the time. In 1722 the Church Synod included five Ukrainians and four Russians, in 1725, five residents and two Russian, in 1751 – out of ten bishops was nine Ukrainians and one Russian only. It got to the point that the Empress Elizaveta Petrovna, who was fond of Ukrainians (and for the one – Alexey Razumovsky – and even got married and regained for him the Ukrainian Hetmanate), was forced in 1754, to issue a decree, according to which the Synod was to provide for the positions of bishops “not one of the little-Russians”. Just 1700-1762 years of the 127 bishops of the Russian departments have 70 Ukrainians and Belarusians.

This Ukrainization of Russia was reflected not only in the dominance of the Church administrativegovernmental positions. As in the hands of such personnel was the then education of Russia, it can be assumed that the current during the XVIII century the Empire’s “Russian” language of official documents was largely Ukrainian than Russian. The same applies to popular culture, which so far has remained largely an ecclesiastical than secular.