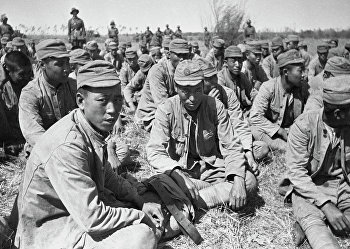 Mysterious culture of Japan in many respects does not fit in the usual framework, and views. Traditions of the inhabitants of the land of the rising sun hard to understand in Russia, between the representatives of two such dissimilar peoples not immediately build relationships. After the Second world war, captured soldiers and officers of the Japanese army, he spent several years in the USSR. It is not surprising that certain aspects of their behavior, the Soviet people seemed shocking.

How was the prisoners

Data on the size of the Japanese military who passed through domestic camp, the various sources do not match.
on 18 October 1956 the USSR Ministry of internal Affairs sent the Soviet foreign Minister, “a statement on the number of the former prisoners of war of the Japanese army, captured by Soviet troops in 1945”. This document States that in total there were 639 thousand 776 people, including 163 of the General and 26 thousand 573 officer. Most returned to their homeland, in captivity for various reasons, killed 61 thousand 855 people, of which 31 General and 607 officers.
However, the Japanese authorities called the other figures. According to them, the Red army captured more than 1 million 70 thousand soldiers of the rising sun, and about 730 thousand prisoners were sent home during repatriation, which lasted until 1956. The rest of the Japanese died from cold, starvation, disease and overwork in numerous camps, most of which were located in Siberia.

In 1945, the Soviet leadership decided not to return these people to their homeland, and to use on rebuilding the war-shattered economy. Distributed over 30 regions of our country, the Japanese worked in the most difficult and dangerous work in the mines and the mines, in the construction and agricultural sector, in engineering plants and lesopolale.
Most of the prisoners died in the winter of 1945-1946, because life in the camps has not been established, and their own to survive in extremely low temperatures, the Japanese could not, they grew up in a very different climate. People freezing in unheated barracks, has died at the logging camp, died from hunger, typhus and tuberculosis.
Despite the fact that the daily rations of every Japanese was to consist of 300 grams of bread, the same amount of rice and meat, fish and vegetables, the products are simply stolen by another railroad. Leadership camps often had nothing to feed the prisoners.
However, after the war in the USSR were starving a lot.

the Japanese surprised the NKVD and other agencies in contact with the prisoners, their inability to eat bread. This product is basic in the diet of inhabitants of Russia and of the Soviet people were shocked that someone might not know about the existence of rye loaves, wheat loaves, muffins.
the fact that the basis for the traditional Japanese menu is rice cereal, regular use of which in food the body does not need bread. And widespread in the rising sun Country the cakes are called mochi, also cook rice, for this purpose use a special kind of mochigome having high adhesion.
In the 40-ies of XX century the Japanese, of course, heard about the bread, which is eaten in many other countries, but tried it except that members of the elite. Still the majority of the population of this island nation prefers traditional cuisine.
Given the culinary peculiarities of Japanese food, later they began to give some rice in prisoner of war camps. However, sometimes we had to do oats.

August 15, 1945, the 124th Emperor of Japan Hirohito announced the surrender. Many soldiers from the land of the rising sun took the defeat in the Second world war as a personal tragedy.
According to the code of Bushido, which theyif the officers of the defeated army, the shame of surrender was possible to wash off, only committing ritual suicide (seppuku), which in our country is often called “harakiri”.
of Course, not every person who considers himself a samurai, could venture on is in a pow camp, but it had its moments. For example, in April 2015, “the Russian newspaper” told about the 96-year-old Japanese-samurai-kamikaze named Esiteru Nakagawa, who committed seppuku, but miraculously survived, saved by a talented and experienced Soviet surgeon.
it is Noteworthy that the Japanese did not want to return home, he loved our country and took Soviet citizenship. Traveled extensively in the Soviet Union, then settled in Kalmykia.

Strict discipline in the Japanese army was supported not only by the authority of the samurai, but rather a hard corporal punishment applied to all the guilty. This practice was used in the army of the rising sun and during the Second world war. Even among the prisoners was dominated by a strict hierarchy: the soldiers continued to obey their officers.
Harsh the camp guards who are not accustomed with the sentimental foreigners, were surprised by the cruelty and arrogance that was demonstrated by the samurai against the people of lower social origin. And the usual slaps, kicks and slap they handed out right and left.

Not all want to go home

a Natural desire of any person, in captivity in a foreign land as soon as possible to return home. Therefore, many Soviet officials and guards were surprised that not all Japanese wanted to go home.
basically, from the return refused surviving kamikaze pilots, who were supposed to die for their country, and representatives of the senior and mid-level officers who have not committed harakiri. These people feared that in Japan they are expected not only shame and dishonor, but the prosecution.
the Reasons for the fear was very real. All officers of the Imperial arMIA knew about the tragic fate of the two pilots who were captured red army. In 1939 during the military conflict on the river Halkin-Gol, they were injured and physically unable to commit suicide. After the exchange of prisoners, the pilots returned home and found out that they have already announced heroically dead. Then the command just made both to be shot.
one of the Japanese military took Soviet citizenship, he was able to escape on the way home and get lost in Siberia. How many of them remained in the USSR is not known.

the toilet with your hands

One of the former prisoners Kiuchi Nobuo wrote interesting memoirs about his stay in a pow camp in Ukraine. Since the life of the Japanese in the first months of their stay in exile was established, they set themselves a latrine. Just partitioned off a small plot of land straw.

Bathed naked in full view of all

Pretty shocked Soviet citizens, from childhood accustomed to the concept of shame that the Japanese can easily swim naked in full view of all passers-by even in a densely populated area. In summer the natives of the Country of the rising sun could wash near public wells or standpipes in the buff, no embarrassment.
the fact that the desire for purity in Japanese is much stronger than shame. And in the culture of this people not be ashamed of the naked body. In addition, traditional public baths called “Sento”, really makes no distinction between men and women often washed together.
But after seeing the negative reaction of the inhabitants of our country, the Japanese were no longer so strictly follow their national traditions in the field of hygiene.