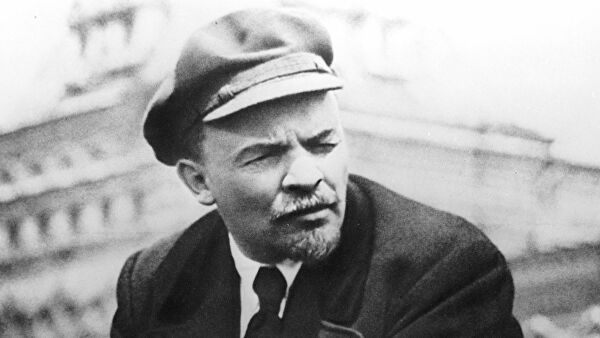 the Leader of the October revolution of 1917 a considerable part of his life spent in the political struggle: it was repeatedly arrested, exiled, he was hiding in exile. In the 18 years given by the authorities to unreliable individuals and under close police surveillance it only for a short time got a job as a paralegal, but then quit to devote himself to the realization of the idea of creating the world’s first socialist state.

this raises the legitimate question of where the unemployed Lenin had the means to very wealthy life?

One of the sources of income of the leader of the proletarian revolution was the rent – the income received by his mother Maria Alexandrovna from family estate: a small estate in Alakaevka, sold ten years after purchase; and she inherited also inherited the estate in Kokushkino.

Steadily replenish the family budget rent and a monthly pension for the loss of her husband allowed the mother to help Vladimir. For example, in 1900, Lenin received from parent transfer, which allowed him to settle in Munich, and in a letter dated September 21, 1901, he thanked her for 35 rubles, noting: “we finally received after long delays that occurred accidentally caused a friend”.

In 1913, the couple Lenin and Krupskaya unexpectedly became the owners of 7,000 rubles, bequeathed to them by aunt Nadezhda Konstantinovna. By the way, 3000 roubles of this amount was spent on the operation of the wife of Lenin, which was diagnosed with Graves disease, and 1000 rubles was spent for the revival of the newspaper “Social Democrat”.

in Addition to the mother’s financial assistance to Lenin had a family. Preserved evidence that Dmitri was translating him 75 rubles, and sister Anna in epistolai to mother, October 4, 1915 wrote: “the other day there was a postcard from Volodya <...> Says that the desired earnings. When you get to their winter address, send 100 rubles <...>. Then ask them if they need more money.”

the Contribution to the family budget were made at the expense of means, received from the journalistic and translation work of Lenin. In 1900-1901 years they had been translated from English book “the Theory and practice of English trades-unionism”, each page of which was estimated at 20 rubles. In the same period was published the book Lenin, “the Development of capitalism in Russia”, which brought him the fee, which he mentions in a letter to relatives dated June 7, 1901: “From a publisher I recently received 250 p., so that the financial side of things is not bad”.

the Expense of Vladimir Ilyich was also added to the enumeration for the publication of the book “Materialism and empiric”, an article on Marx in the “Encyclopedic dictionary” Granat brothers, numerous essays in revolutionary publications, “Sparks”, “True”, “Social Democrat”, “Proletarian”, “Forward”.

in Studying the creative heritage of Lenin, we can conclude that in 1908 he was quite wealthy, because on October 27 he wrote to his sister: “Keep in mind that I now don’t chase fees, i.e., agree to, and concessions (all sorts) and to delay payment until the income from the book — in one word, publisher, no risks will not.”

But in 1916 he was looking for work and in correspondence with Shlyapnikov complained “About personally say that earnings need. Otherwise, directly to pocelavat her-her!! Sit to write, whatever it is, because the high cost of the devil, and to live is nothing. It is necessary to forcibly pull the money from the publisher of “Chronicle”, who sent two of my booklets (let him pay; and immediately, and more!)”.

Since the official formation of the Russian social-democratic labour party (RSDLP), which was to lead the movement of professional revolutionaries, Lenin as one of four editors of political publications relied salary – 50-7$ 0 per month.

the Party coffers replenished by membership dues, robberies of stagecoaches and the looting of the Russian banks.

However all these items of income of Lenin still unlikely to be enough for almost 20 years is a life of ease in the European emigration. Besides excerpts from his many letters to relatives directly indicate that the money has helped not only him but himself.

Living in Geneva, Lenin called for a visit to his relatives, mentioned in the letter dated September 30, 1908: “it would be Good if she [sister Mary] came in the second half of Oct… here I’ll be three days in Brussels and then come back here and would think Katnut to Italy. Why Mitya [brother] not to come here? It is necessary for him to rest…I now hope to earn a lot.”

From another letter dated 19 December 1908 and addressed to my sister, we know that Lenin moved from Switzerland to Paris, where he first stayed at the hotel, and then moved to “very nice apartment, elegant and expensive.”

There is a theory according to which all the prominent Russian revolutionaries, were the years in different cities of Europe and have not experienced problems with money, lived and worked through voluntary financial contributions of sponsors. Among the latter were businessmen and intelligence agents developed capitalist(!) countries.

the old Believers and Morozov Schmidt

According to some facts, famous philanthropist and industrialist Savva Morozov voluntarily donated considerable sums for the needs of the social democratic party, had invested in its publishing activities, and shared in their factories banned by the government leaflets with revolutionary appeals.

Another theory States that financial investments in the Russian revolution of 1905 married frost began to do after he is infatuated with actress Maria Andreeva, which Lenin called “comrade phenomenon”.

Another sponsor of the RSDLP was the grandson of the cousin Morozova – Necoli Schmidt, who has invested the income he owned a furniture factory, where worked under cover, a lot of professional revolutionaries.

Schmidt purchased for their comrades weapons, and calls to revolt. After the events of 1905 he was put in prison, where a year later he was discovered with his throat cut.

by the Way, frost also died under mysterious circumstances, allegedly having committed suicide, for which his mistress got insurance. Part of the payment she gave the party, which according to the will were all as Schmidt.

One of the mysterious persons associated with the name of Lenin, was a German social Democrat, ideologist of permanent revolution, and part of a German secret service agent Alexander Parvus. He wanted to put an end to tsarism and earn really decent capital.

According to historian Narochnitskaya: “Lenin was a cynic, and even among the revolutionaries, not everyone was willing to take money from the enemy in the time of world war II. He [Parvus] gave to understand that Lenin will be new opportunities, and these opportunities is money”.

the Biographer Parvus Elizabeth Heresh even named the sum which he gave to Lenin for the implementation of the German plan to destroy Russia, it was 20 million rubles.