Home Breaking Why Americans abandoned the storming of Berlin in 1945 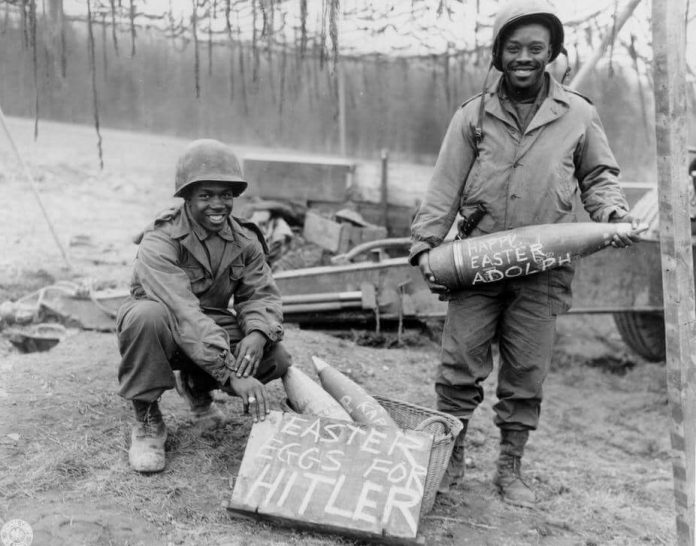 When in early February 1945 the Soviet armies crossed the Oder, and the Anglo-American not everywhere came to the Rhine, the question of who will be the first in Berlin, did not arise. But when the Soviet advance on the capital of the Reich stayed in the 60-70 km away, and the Americans, almost without opposition, crossed the Rhine and captured the Western Germany, the Western allies was tempted to enter Berlin before the Russians.

Churchill had insisted on taking

a Zealous supporter of this was British Prime Minister Winston Churchill. March 31, 1945, he sent a letter personally to the commander-in-chief of the allied forces to the American General D. Eisenhower. In it, he pointed to the paramount importance of Berlin:

“Why should we not cross the Elbe and not to move as far to the East? This has important political significance, as the Russian army in the South, it seems, will inevitably enter into the vein and take over Austria. If we deliberately leave Berlin, although he could take him, such a double event may strengthen their conviction,… that they made”.

on April 12, the U.S. 9th army captured Magdeburg and a bridgehead East of the Elbe, 120 km West of Berlin. Why Americans haven’t fallen further? Indeed, there is evidence that among the German officers spread sentiment, saying, it is better to surrender Berlin to the Americans than to let him in Russian.

Separation of advanced from the basic

Looking at the map of hostilities in Germany in the spring of 1945, don’t be deceived by the date of the capture of certain cities. Yes, on 12 April, the Americans were already in Magdeburg, but it was only the advanced parts. The main forces of the allies is still significantly lagging behind. To get involved these advanced forces in the battle of Berlin, which was defended by a large German group that seemed risky.

in addition, the behavior of the Germans wasabout impossible to predict accurately. Yes, during the advance of the Americans East of the Rhine, the Wehrmacht provided them with very little resistance. But this was due to the number and quality of troops. In Berlin and the German troops were more and they were more experienced. Was to be feared that the capital of the Reich, the Germans will defend fiercely, no matter from whom.

the Fear of high losses

In mid-March 1945, Eisenhower had discussed with General O. Bradley, commander of army group “12”, suggestions of a British field Marshal Montgomery, commander of army group “21”, to provide that support in the attack on Berlin. Bradley noted that even if Montgomery will come to Berlin before the Russians, he will not be able to take it easy. Western outskirts of Berlin present many natural obstacles in the form of rivers, canals, lakes. Evaluation Bradley, the loss of allies while trying to take Berlin can be not less than 100 thousand people (by the way, the Soviet troops lost 200 thousand). “Too high a price for a prestige objective, especially when you consider that we then have to move and give way to other guys,” summed up Eisenhower. He ordered Montgomery to adhere to North-East direction in its attack on Hamburg and Kiel.

Also on March 28, Eisenhower sent a message directly to Stalin, in which he informed about the importance of coordinating the actions of all allies in the final battles for Germany and gave their assessment of the strategic objectives. According to Eisenhower, Berlin currently has lost its strategic importance. More relevant, he sees the connection of the American and Russian armies with the aim to cut the rest of the Wehrmacht territory in two. As the object for joint operations of the American commander in chief suggested Dresden.

Stalin replied on 1 April. He agreed with Eisenhower that Berlin is not of major strategic value and more importantly now blow on Dresden to cut the Reich in two. But as we know, in this time the Soviet command was preparing for the last decisive offensive on Berlin.

the British military and Churchill believed that Stalin “could leave IKE (i.e. Eisenhower) in the cold.” Montgomery protested against the decision of the commander in chief, but in vain. He was sure that the goal is a Russian Berlin and that they intentionally hide their desire to possess him before.

on the other hand, the message of Eisenhower has been compiled so that every man in the place of Stalin might suspect to disguise the intention to take Berlin allied command.

the Western allies still received a sector of occupation in Berlin

during the Yalta conference, 4-11 February 1945 was agreed upon zones of occupation of the four powers in Germany after the war. At the same time, regardless of whose troops take Berlin, the German capital was also divided into four zones of occupation. Moreover, the Western allies stood out more than 70% of the territory of greater Berlin. Thus, if the Americans or the British first entered Berlin, they had to provide there an agreed-upon sector and for the Soviet army. It is referring to Eisenhower, saying “then we will have to give way to other guys.” As we have seen, Americans were considered a very high risk of the losses in the battle of Berlin, which, however, after the war, would belong to them entirely.

it is Difficult to single out one decisive reason for the failure of the American command, from the capture of Berlin. Probably all of them together played a role.

it is Curious that, according to the memoirist Stephen Ambrose, Dwight Eisenhower “in 1952 there was a feeling of disappointment that he was unable to take Berlin.” Well, in hindsight, just strong. But then, in 1945, and Eisenhower, and a large part of the American establishment was guided by quite other considerations than those which emerged later in the course and under the influence of the cold war.