Home Breaking Why Disability Is Affecting an Increasing Number of Americans 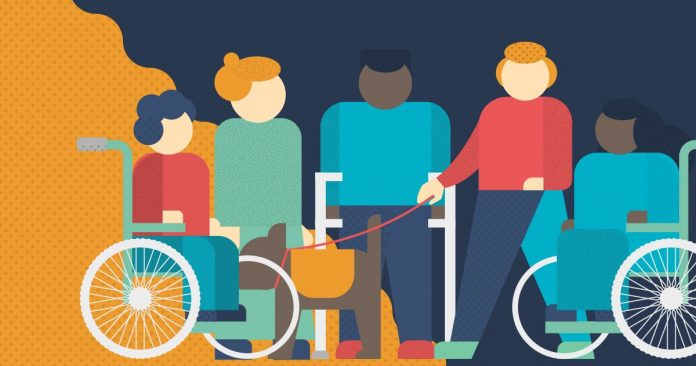 According to the World Health Organization, of the 7.7 billion people in the world, 15% of them have some type of disability. According to previous estimates, about 10% of the world’s population had some form of disability. WHO states that some of the reasons for the increasing number is due to the ageing population and also improved techniques on how to measure disability.

Besides happening on a global scale, the same is happening in the United States where 61 million people have a disability that is severe enough to impact their daily life. Limited mobility is the most common disability and affects one in seven adults. Other types of disabilities that affects many American adults include severe visual impairment, hearing loss, and cognitive disabilities, such as traumatic brain injury (TBI), dementia, and Aspergers syndrome.

While aging is one of the biggest risk factors for becoming disabled (two out of five adults over the age of 65 have limited mobility), other factors that cause adults to become disabled include the use of alcohol and illegal drugs, poor nutrition, obesity, lack of physical activity, and smoking. At times it is possible for adults to prevent having a disability, but there are also unseen factors, such as cancer or certain types of injuries that can lead to disability.

Disability is not limited to adults. According to the most recent statistics, 5.6 percent of children between the ages of 5 and 17 has a disability. Some of the most common disabilities for children include autism, cerebral palsy, ADHD, Down syndrome, and intellectual disabilities.

Some disabilities, such Down syndrome are present at birth. Malnutrition, injury, and substance abuse by the mother while the baby is in the womb, are other risk factors for a child becoming disabled.

Whether it’s a child or an adult, there are increasing numbers of Americans living with a disability. There are several reasons for this, including the fact that disabled Americans are living longer than ever. Other factors include advances in medicine that enable people with disabilities to get diagnosed early and receive proper treatment. Having access to necessary medical supplies also helps to extend the lives of those with disability.

One more reason for the increasing numbers is that more Americans are getting diagnosed with disabilities that are relatively new to science including fibromyalgia, PTSD, and multiple chemical sensitivity.