Home Breaking Why do the Americans have created in the USSR a secret military... 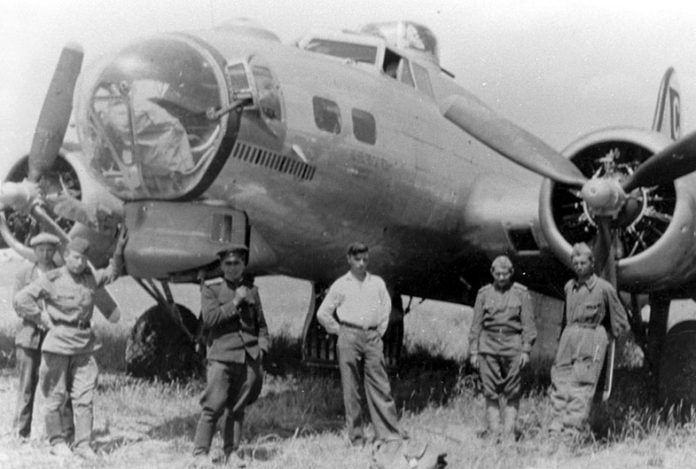 the Emergence of foreign military bases on the territory of any state, the phenomenon is always out of the ordinary. Information about the emergence of such facility in the Soviet Union, which has always been a military superpower, and does seem to be absolute fantastic. However, the US air base some time was active in Ukraine during the great Patriotic war.

the United States at Poltava

According to military statistics, only one 1943 the allies dropped on German troops by more than 200 thousand bombs. Large-scale well-organized the bombing was supposed to play an important role in the defeat of the military machine of the Third Reich. That’s just from the United States to fly in the European field of hostilities was inconvenient, and aircraft of great Britain immediately came under fire from the German defenses. For some time the allies tried to bomb the Germans from southern Italy, but then this idea have refused. According to Roosevelt and Churchill ideal was the creation of the air base directly on the territory of the USSR near the theater of war. Since the idea was not only relevant, but vital to all stakeholders, in the framework of operation “Frantic” Roosevelt appealed to Stalin with a proposal to establish, under the Poltava military air base of the United States. The Supreme Commander didn’t mind and went to work. And not just a simple airfield, and airstrip capable of taking heavy bombers. To create it from UK via a secret sea convoys delivered about 50,000 special steel plates. Mount them also came the British experts. When the work was finished from the USA to the USSR via Iran, was delivered to American servicemen who had to organize the work of the air base.

As subsequent events showed, the military air base of the United States at Poltava has justified its purpose. However, the first plane rose from its runway in the summer of 1944 when the Second World war was moving toward its logical end. On that memorable June day 200 flying fortresses Boeing B-17 Flying Fortress rose into the air from the airfield in Italy, bombed the positions of the Germans over the city of Debrecen in Hungary, already touch down at Poltava. Three days later, under cover of fighter bombers smashed to pieces the position of the Nazis in Romania. It would seem that the goal is achieved, can be regularly to cause massive bombing raids on German troops. But, unfortunately, it was not as easy as initially thought. After the second sortie of allied German aircraft tracked the takeoff of bombers and reported to his command. The leadership of the Luftwaffe made the decision without waiting for the next bombing to strike back.

the Night of June 22, the anniversary of the great Patriotic war, 75 German bombers headed for allied airfield at Poltava. In this case, the command of the military air base was so sure that the Germans did not know about her exact location, he did not bother to install any anti-aircraft guns or alarming lighting, no radar. German bombers had fallen as snow on the head. In the blink of an eye was destroyed 64 of the 200 flying fortresses. With them the allies have lost a few fighters and weapons warehouses. Loss from so many strategic bombers appeared to US a serious blow. Immediately the base was equipped with powerful radars and anti-aircraft guns air defense system. However, all measures taken were in vain. Was lost the effect of surprise. The Germans now knew where to wait for the air strike of the allies and was ready to meet her returning fire, as flak and German fighters. After the tragic bombing the Americans carried out from the airbase at Poltava only five sorties, after which the airfield was mothballed.