Home Crime A group of Russian pensioners in Fiji: “health Insurance is over, the... 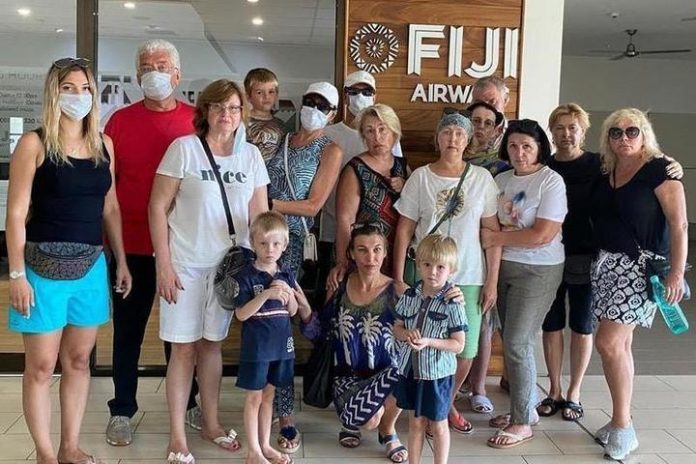 March 5, tourists from Novosibirsk, Krasnoyarsk, Volgograd, Omsk, Irkutsk and Sverdlovsk region took off from Moscow to the island of Fiji. To leave Paradise planned on March 22. COVID19 corrected chart of the Russians.

– we had return tickets for March 22. But Fiji on the same day, closed the borders, the tickets burned, – says the pensioner from Novosibirsk Elena Boyko. – For ten days we are trying to get out of here. We’re not on the list for evacuation. We do not need.

“on Their own” escape from Paradise, the Russians have not yet obtained.

We planned to fly via Australia, has received special permission – continues the interviewee. – The country put a condition: after arrival in Sydney, we have 8 hours to leave Australia. We agreed in advance bought tickets from Sydney to Moscow with a stopover in the Qatari capital Doha. On the day of departure arrived at the airport, and found that Domodedovo was no longer accepting flights from abroad. So again we stayed on the island.

At the moment, tourists have survived the last opportunity to get off the island via Japan.

– we remained the only hope for Japan, which adopts transit – continues the interviewee. We went to the capital of Fiji, where is the Embassy of Japan. In 5 hours we have issued a transit visa, which gives the opportunity for three days to take off from Tokyo. Joined the waiting list for the flight on 3 April. But then Japan declared that will put us on the plane to Tokyo, provided holding valid tickets to Russia and we will show them before boarding. We acquired 28500 tickets from Tokyo to Vladivostok.

Now a group of Russian tourists to pray that the flight to Tokyo was not canceled.

– If you do not leave the island on April 3, will be stuck here for a long time. In our group different moods. Some fall into deep depression, others cry, someone holds – continues the interviewee. – We realistically assess the situation, understand that it is unlikely we should wait for the evacuation organised by the Ministry of foreign Affairs. While on this subject the silence. In any case, we never say. Here from Australia and New Zealand the people will take home, but stuck there much more tourists.

And who for us will send the Board? It is clear that unhappy about 20 tourists from Fiji will not remember in the first place. If you do remember. The representative of the foreign Ministry, which is responsible for the evacuation of Russian citizens from Australia, said: “Get to the mainland in all possible ways themselves.”

– What is the situation on the island?

We almost don’t go outside the hotel grounds. At the reception warned us that in the city we went for 3-4 people. Here, too, is brewing an explosive situation – no tourists, local lost earnings. So we are sitting in rooms. Every three days, the groups get to the supermarket to buy cheese, sliced sausage, milk, bread. Not particularly bling.

the Restaurants are closed?

– Some work, but the prices are unaffordable. We now need to save every penny. Vague prospects, only purchase necessary. To cook in hotel, so hot – only “Doshirak”. Even buy water. Here is the 35-degree heat and go tropical rains, the humidity is off the charts, and I’m thirsty constantly. So under palm trees don’t lie. Enjoy the views from the window: the airport is 200 metres away, you can see the take-off site with the aircraft, whose engines are closed by covers.

Quarantine imposed in the city?

– no Strict quarantine on the island, only 5 cases of coronavirus. We understand that our situation is not the worst compared to tourists stranded in India and Africa. But the main thing has not forgotten about us. And they will say, who needs a dozen retirees. We are afraid that we will simply lose.

In connection with the stranded tourists is constantly the representative firms, from which the group traveled.

I’m constantly in contact with my tourists – RAskazyvaet tour operator. – I can not abandon them during difficult times. I forgot, when you slept okay with a decent time difference. Always keep a finger on the pulse – to communicate with those who have stuck with them, and with the embassies of different countries, with employees of the foreign Ministry.

– of Course. First burned them the first tickets for 40 thousand rubles. Money they have not returned. Then they bought a ticket to Tokyo, which cost 55 thousand rubles. On the island of the day they spend about 50 dollars per person. Roughly speaking, 150-200 thousand are already spent.

– From the hotel they will not be evicted?

Hotel by the airport is not yet closed. But it’s a matter of time. The situation is changing every hour. I care if the stores closed down, where will they get the products? They are all people aged 60 plus, and of these eleven people. With the Internet, not friends, did not know English. For them, every step on foreign soil is a lot of work. Initially it was assumed that they would live in a hotel where everything is streamlined and clear. Still afraid, no matter how sick. Insurance they have run out, to renew, the company refused.

– Well, that is infected with a coronavirus, the island is quite small.

– While the infected units, but can we trust the official information? Despite the fact that the rest of Fiji is considered to be the preferred, most of the population are poor. The level of medicine leaves much to be desired. If Fiji will start an epidemic, then disaster strikes.

– the foreign Ministry know about you?

– We immediately declared himself to the foreign Ministry, filed the lists for evacuation. But when our tourists will not be able to fly on April 3, we understand, they quickly evacuated. In India, Africa, America more people stuck, that’s what do in the first place.

If they have to stay long, the money will be enough?

– They help relatives. But if you stay there for a long time we will have to ask for financial help.

– Sometimes they comes, there is a period of despair. Among the tourists are married couple, that it is easier, they support each other. Single women are much harder to account for. The hotel they are leaving rarely, only to the airport, to work, go. On the website information about the departures have not updated, so you need to monitor the situation on departure directly at the airport. More to go for them there is nowhere.

Read the story “Trapped on a Goa Russian fast: “Meat, no eggs”

See photo essay on the topic: Grim footage of the empty Goa took the Russians 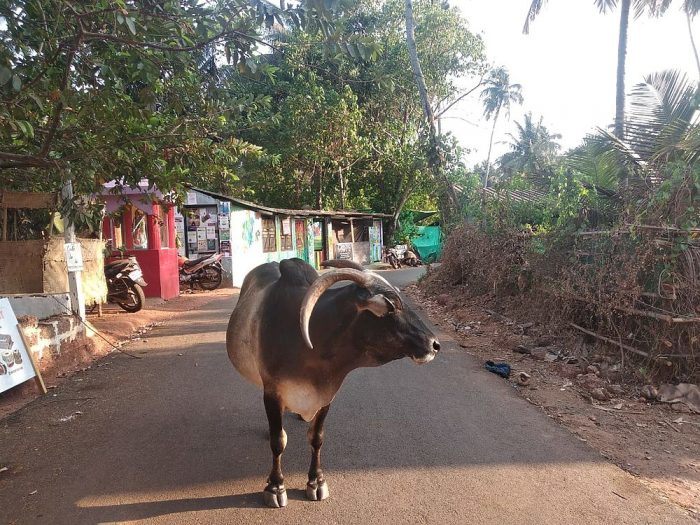