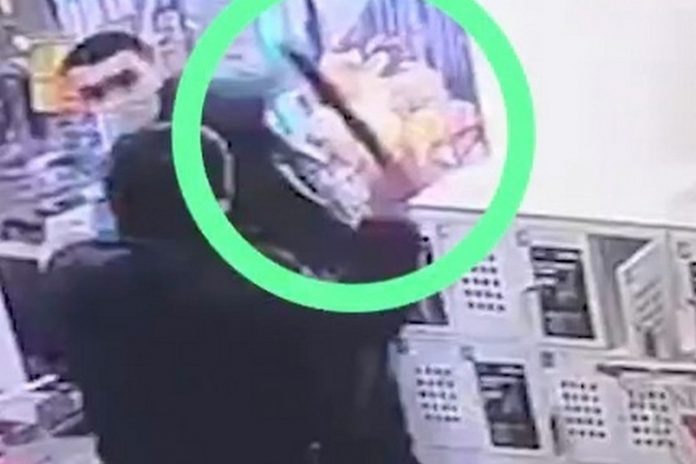 In Moscow, a man stole a jar of coffee in the store and attacked the salesman with a machete.

the Incident, according to the telegram-channel Baza occurred on the Seligerskaya street. The store employee noticed that one of the group of customers acting suspiciously. He decided to follow the man and realized that he stole a jar of coffee. When the seller approached the buyer to try to stop the taking of unpaid goods from the store, the attacker suddenly pulled out a machete and struck them to the seller several times.

In the end, the suspect, who is now the police are looking for, just quietly left the store with a jar of coffee, and doctors are now trying to save the arm of a brave seller.