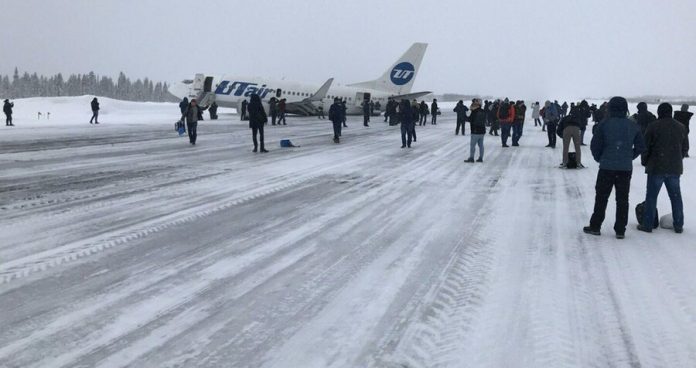 a Passenger plane Boeing-737 of airline Utair, made a hard landing at the airport Usinsk in the Komi Republic. About this TASS said a source in the emergency services.

“When boarding the plane hit the tail section on the runway. According to preliminary data, no victims,” – said the source.

On Board were 88 passengers and six crew members. According to preliminary information, the cause of PE was the fault of the chassis, the front part of the liner skidded off the runway.

However, the source of “Interfax” declared that the reasons of the accident is considered a technical failure and crew error in a strong crosswind.

According to the telegram channels, the plane was flying from Moscow.