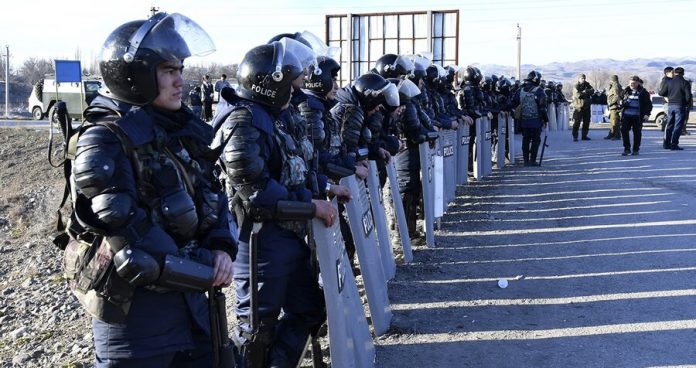 the interior Ministry of Kazakhstan has called the cause of mass riots in which 10 people died. According to the Deputy Minister of internal Affairs Alexey Silicide, traffic conflict between inhabitants of two villages of Kordai district of Zhambyl region escalated into a fight.

“Some of them went on the road right – three, three for heavy-duty machine at this moment left home on the road. Someone someone didn’t give way. As a result, as usually happens, from the words, the case was transferred to the assault on the place,” said Silicide, reports RIA Novosti.

He added that information about the conflict hit the net and caused outrage among the youth, which led to a mass brawl.

on 7 February in the village of Masanchi Kordai district of Zhambyl region there was a fight between the locals. The conflict spread to the village Aukati and Bollenbacher. According to recent reports, the riots in Kordai district of Zhambyl region killed 10 and hospitalized 50 people, 50 still detained. Burned or destroyed several dozen homes, cars and shops.