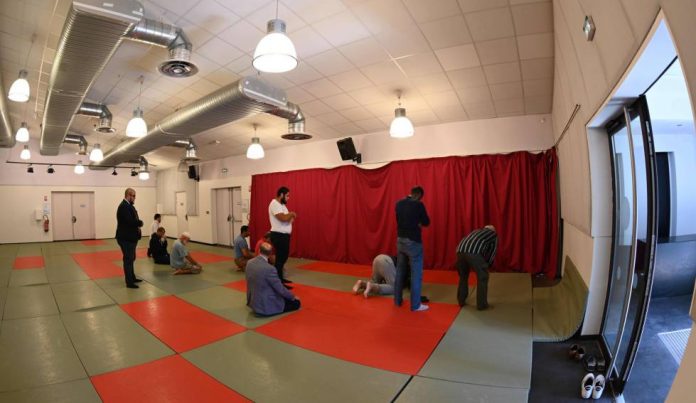 The man who, two days ago, injuring two worshippers, with several shots in the mosque of Bayonne was charged on Wednesday for attempted murder, among other charges, but not terrorism. Claude Sinké, a an ex military man of 84 years who in 2014 was a candidate of the Front National to a local election, suffers a “disruption part of your discernment”, but this has not been an obstacle for us to consider that he was aware of his acts at the time of attack.

The life of the wounded, both septuagenarios, is not in danger. Excluding the track terrorist, the question was whether the instability psychic of the suspect will exonerate the input. Sinké tried to burn down a gate of the temple. After he shot at the two victims, set fire to the vehicle of one of them and fled. When the police arrived at his house, in the nearby township of Saint-Martin-de-Seignanx, pointed his gun at officers, before being detained. The defendant, who is in custody, faces a possible sentence of life imprisonment.

The attack has caused concern among many French muslims, who are considered victims of hate speech and report acts of harassment. Has coincided, moreover, with an inflammation of the recurrent discussion in France about secularism, about the place of islam in this society and on the islamic threat. And also with a parliamentary initiative to expand the perimeter in which are excluded the religious signs in the framework of the school, to include the prohibition of the display of the mothers who accompany the children on field trips. The initiative, without mentioning it, pointing to the veil that some muslim women cover the hair.

“In the current climate of stigmatization of islam and muslims, it is little wonder that such acts may occur”, denounced on Monday the president of the National Observatory against Islamophobia, Abdallah Zekri. The Rassemblement National party (heir of the National Front) was rushed the same day to condemn it without palliative care and to ask for the greater severity for the responsible for what that Marine Le Pen, the leader of the party, called it “a terrorist attack”.

Sinké intended to set fire to the mosque of Bayonne to take revenge for the destruction of Notre Dame of Paris, as stated during the interrogation. The defendant was adhering to the conspiracy theory, without any real basis, according to which the fire of the cathedral, on the 15th of April last, was caused by muslims. Neighbors interviewed by the agence France Presse described him as a man “obsessions” and “at times quite violent”. He was widowed and lived alone in a house with a French flag at the entrance.