Home Breaking Quebec will impose a test of democratic values and national to its... 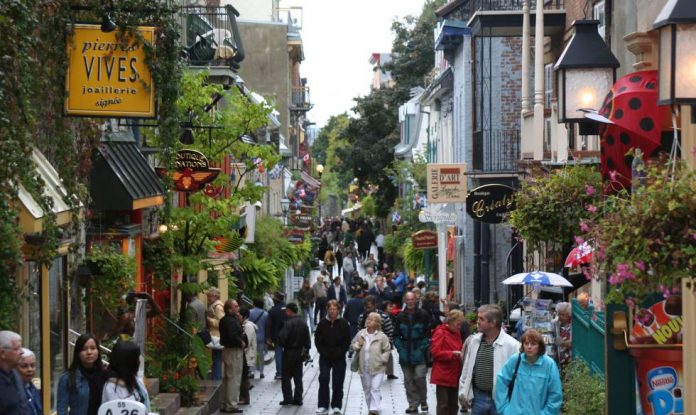 from 1 January 2022, workers who wish to settle in Quebec permanently will have to pass an exam on “democratic values and quebec”; the same shall cause the members of their families, unless they have less than 18 years of age or any medical disability is prevented. The Government of François Legault made public the extent this Wednesday in the official journal. It was one of the campaign promises most talked about the Coalition’s Future of Quebec (CAQ, for its acronym in French), the formation that won a broad victory in the elections of provincial a year ago.

“it Is normal that when someone installs a new society, learn the values of that society,” said Legault the morning of this Wednesday. Since 1991, the French-speaking province has an agreement with Ottawa to take charge of the selection of its immigrants who come to seek work. Both the refugee and the sessions family remains a federal jurisdiction, so that immigrants who are part of these groups will not have to do the test. Yes will have to do the workers with temporary permits that are now in this province.

The prime minister Legault stated that this test will be based on the guidelines of the Charter of quebec rights and freedoms. Simon Jolin-Barette, minister of Immigration, said in a press conference that will include aspects such as the democratic society, francophone and secular Quebec, as well as the rights and duties of citizens and the equality between men and women. Jolin-Barette presented some examples of the questions included in the examination: “What is the official language of Quebec? English, French, Spanish, and French-English; do you Have the men and women the same rights in Quebec, and this equality is enshrined in the law? True or false”.

Controversy in Quebec by the veto of judges, police officers and teachers wearing religious symbols The good friend canadian Canada breaking the myth: the paradise work is not for everyone

immigrants must pass the exam to get the certificate of acceptance of Quebec, a crucial step to get permanent residence in Canada. Jolin-Barette explained that the test is carried out through the Internet and that to pass it will need to be hitting at least 75% of the questions. Those who have obtained a result below can be presented two more times, and if they don’t succeed they will have to participate in a training of 24 hours in Quebec, which will be Target name Integration.

“it seems to Me very important [this test] to Quebec. We are a nation, we are a different society. We have our own values,” added François Legault. For its part, the opposition leader Pierre Arcand, Liberal Party of Quebec, said after the publication of the measure that “the will of the Government is to restrict the arrival of immigrants”. “However, we still face a labor shortage is very pronounced in Quebec,” he said. Marjorie Villefranche, director of The Home of Haiti, a community center in Montreal, told a local radio that this was a political strategy of the CWC to continue spreading a message of separation that does not adapt to the reality.

In the last campaign, federal election, Justin Trudeau said that the Government of quebec had the right to impose this test as part of the process for obtaining permanent residence. However, the canadian prime minister has not been expressed yet on the official character of this provision, which shall enter into force from next year.

The CWC, the party in power, continues with its reform plan announced in campaign. Has already complied with the Law of secularism, a provision that prohibits various public officials —such as judges, prison staff and primary and secondary school teachers— to carry religious symbols in work schedules. It has also increased the minimum age of purchase and consumption of marijuana from 18 to 21 years. This Wednesday it was the turn to the examination of values for immigrants. The formation of Legault has a speech away from the independence, but very attached to nationalism.