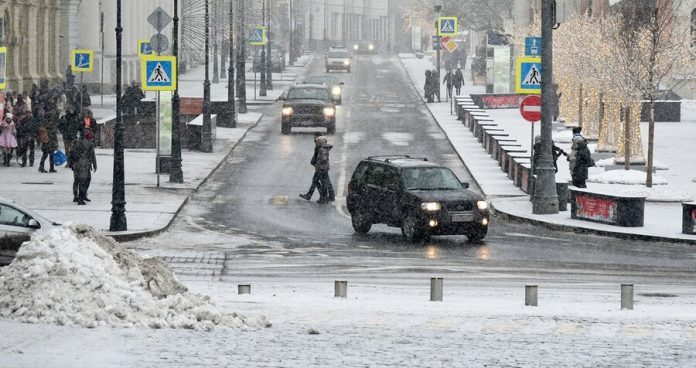 Yellow level weather risk extended in the Moscow region until Sunday due to icy conditions. It is reported RIA Novosti with reference to the hydrometeorological center of Russia.

“the level of intensity of dangerous phenomena: yellow the weather is potentially dangerous. Warning period – until 21:00 on 16 February,” the message reads.

on Saturday, the city is expected cloudy weather with clearings, no rain. In the afternoon the air temperature warms up to 2 degrees. Will blow South-Western wind speed is 2-7 meters per second.

the atmospheric pressure will be 756 mm Hg. A relative humidity of about 75 percent.

Earlier, head of the laboratory of climatology Institute of geography RAS Vladimir Semenov predicted the end of winter in the capital region. According to him, the warm weather will last until the end of February, and in March came the real calendar spring.

Head of the laboratory of hydrometeorological center of Russia Lyudmila Parshina said that in Moscow in the first month of spring, the projected temperature near normal or slightly above. At night there is frost to -5 degrees, and in the afternoon the air will warm up to 6 degrees Celsius.

this March can repeat the scenario 1984, when the temperatures mostly fluctuated around the zero mark and only on some days increased to 5-6 degrees Celsius.

Meanwhile, this January, according to weather forecasters, was the dark winter month for all time of meteorological observations. Previously, the minimum duration of sunshine in the middle belt of the European part of Russia was recorded 20 years ago.