Home Breaking Analysis | why, in the end, I went of Venezuela 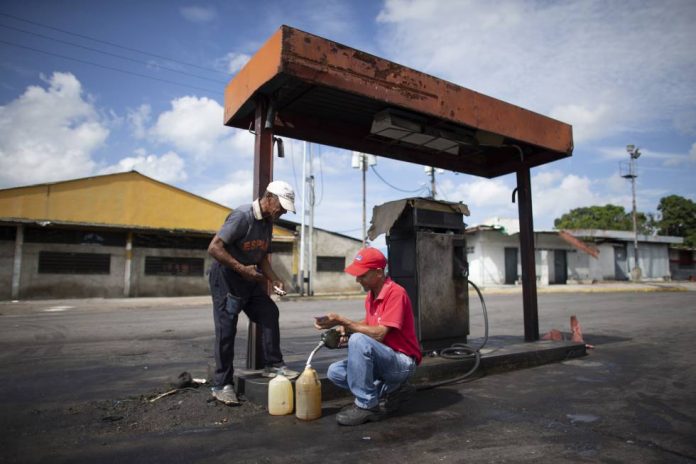 In August I became a migrant. I am a venezuelan journalist and now live in Chile. Still not assimilates my new status, I have begun to reconstruirme in a land that is not mine. I had a feeling bittersweet because I was anxious about not having a job, to deal with possible prejudice and even a different climate. But it is also a relief to be away —at least physically— of the blackouts, hyperinflation, theft and other threats.

I lingered for about five years in making the decision. It was a process fraught with hesitations, where I chose to stay in Caracas (Venezuela) because I didn’t want to separate myself from my family. But with the time, the country became more hostile and no longer wanted to be there. I was afraid of the insecurity, the fear of government censorship, and fear of being suffocated by the crisis.

Talk about what happens in Venezuela is complex and especially when done in first person. In 2014, I wanted to flee the violence. It was after the 26th of April, in the glare of anti-government protests, when a few companions of The newspaper el Nacional and I were threatened by groups armed against the Bolivarian University, which was founded by former president Hugo Chavez, in Caracas. There were five men with guns that they wanted to eliminate a few photographs taken minutes before the close of the institute. And they did, to the force, hitting one of the photojournalists who accompanied us, and stealing the memory of your camera. I thought I would not survive, when one of the attackers shouted: “kill ‘ em all, that are of The National!”. The attack occurred in front of the military, one of the criminals broke the grip of his weapon, the glass rear of the car where we stayed, and everyone saw, but none confronted the violent. We were checked out and we would continue being. Do not impose on one another is no rule, but before the eyes of them, yes.

The presence of the press for fans of political constitutes an offense that is paid with hatred. Against freedom of expression occurred 3.628 violations in two decades of the bolivarian revolution, a 71% was committed during the mandate of Nicolas Maduro (2013 to 2019). I was part of those statistics collected by the Institute of Press and Society. Not only in 2014, but other times more. Sometimes I reported and others kept silent. I always repeated it and I repeated: “Are the wages of the trade”.

None of our attackers was arrested. And it was not an exception. The chances of a crime is punished are minimal and the Government is responsible to protect their allies. In September of 2016, I reported to a rear admiral of the Bolivarian National Armed forces by to intimidate me in private messages of Twitter. “Everything in this life, you pay”, I said after writing an article on the portal Armando.info, where I revealed his alleged involvement in two acts of corruption. Before I had consulted various sources, obtained and records requested interviews with the high command that were not answered on time. But it didn’t matter to him, his answer out of time was a threat. Months after he was promoted within the dome of the military, a breed impassable in the was red. I didn’t want to move forward on the complaint against it because I felt fear: to live in a country where there is no justice feels like bouncing to go, permanently, by a minefield.

“What else aguantarás?”, I asked a friend who lived in Colombia. It was difficult for her to understand my insistence in continuing in a country that started to become ruins. For that moment, I felt like a frog submerged in a pot of hot water. Had reached very high temperatures, but was still willing to resist.

Many of us are accustomed to endure; others do not. When the country went into crisis there was a lull. Every year was worse. Never had background in Venezuela, into the abyss we begin to change our routines. Since I didn’t go out almost at night for fear of crime; I could not get the phone in the street because they could atracarme; I could not buy what I needed in a market, but what there was, was not enough for the money; I could not go to a hospital when he had a medical condition because there were no medicines, only leaving what is necessary because the public transport operates with difficulty and even you could show yourself because this could be dangerous. It became a life full of deprivations.

After the 23rd of February of this year I felt less energetic. Covered the attempted entry of international assistance to THE COUNTRY. I was with two other journalists near the border bridge Simón Bolívar de Táchira when he began the disproportionate attack of military and armed civilians against protesters. We took refuge in the home of an evangelical about three hours. We hear the screams and the whistling of the bullets. I felt panic and exhaustion. That’s why, a few months later, I decided to use a visa professional who had applied in Chile and emigrated.

this is Not the first time that I have been time on the outside. In 2015 I spent a few months in Spain, I studied a course for journalists and many times I thought not to return to Caracas. In fact, in Madrid I had several nightmares where he returned to the country and could not get out. I saw the news and felt that we had entered a crossroads.

More than half of my friends gone from the country. Immersed in the crisis, everyone has their own conditions and decisions. I know several people who came out pushed by the hunger, desperate for the road and, sometimes, without documents, to Peru, Ecuador or Colombia. I also met others in search of medical treatment, security, better education for their children or basic services. They are the ones who stayed, many are eager to continue in the country and others with plans to leave. On the outside, when people hear our accent, he says we are many, and, yes, we are scattered across the world, we are like pieces of a nation rotates.

My grandfather and the value of democracy

Venezuela, a view from abroad, it seems fiction is dystopian. And from within —in the epicenter of the chaos— it has the feel of living a few episodes, 1984, the novel of George Orwell, which tells of how a society is controlled through fear and indoctrination imposed by the Big Brother.

For many years this book was in the library of my house: it belonged to my grandfather, Eufemio, a spaniard who came to Caracas in the 50’s to escape the dictatorship of Franco. I read it in 2005, when studying the race. Perhaps, aware of the value of democracy, my grandfather underlined a sentence in the book: “freedom is the freedom to say that two plus two is four. Given this, the rest comes by itself”. After looking through, I found similarities with the bolivarian revolution that is multiplied with the time. Today, I find in totalitarian regimes, a pattern that sentence to pobinfrastructure to the point of misery, persecution and exile.