Home Breaking “Bloody Commissar”: how many people were executed by Yezhov 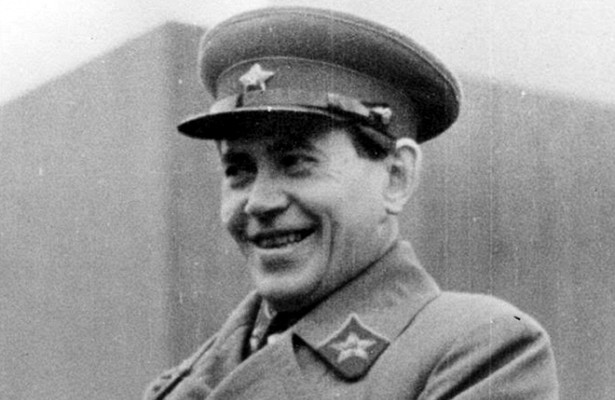 Biography 01/03/20 “Bloody Commissar”: how many people were executed by Yezhov

For Yezhov firmly entrenched glory of the “blood” of the people’s Commissar of the USSR. It largely reinforces the official data the number of the repressed. But another question. Was the indefatigable activity of the Commissar his personal initiative or he was driven by other motives?

Power, no matter what

Biography of Nikolai Yezhov full of innuendo. It is unknown where he was born, what his education, how he spent his younger years. No less mysteries is the identity of Yezhov. It looks puny little man with the smile of a child who is in no way associated with the image of the “iron Commissar”.
Writer Lev Razgon, repeatedly communicate with the chief security officer of the country, wrote: “Yezhov was not at all like a ghoul. He was a small slender man, always dressed in a crumpled cheap suit and blue satin blouse. Sat at the table quiet, laconic, slightly shy, drank a little, not got into a conversation, but only listened slightly bowed his head.”
Yezhov one of those people whose appearance does not match the content. Historian Nikita Petrov, one of the authors of the book “Stalin’s pet”, comparing with Yezhov Yagoda calls it colorless and straightforwardly. And if the second, according to the historian, was a cunning and insidious, the first primitive and vengeful.
Yezhov was a functionary not the most eminent abilities, but nevertheless, Stalin drew attention to it. This is a Prime example of how the revolution threw up the most mediocre personalities, who did not have in another scenario likely to hold high public office. But what is against other mediocre stood out Yezhov?
With a growth of 151 cm Yezhov fit the classic psychological makeup of a person suffering from a “Napoleon complex”, the main credo of which is best to compensate for their physical disadvantage. Is it really so? The big question, but all SIMPTomatina is obvious: excessive ambition, hidden aggression, morbid desire for power. Colleagues have repeatedly drawn attention to the distinctive qualities of Yezhov – the diligence and helpfulness that you may not know the steps.
But even more terrible as Yezhov’s willingness to transcend even through the closest people. It will take quite some time after the elevation of Yezhov, and he had no remorse will be given by shooting his former comrade Ivan Moskvin, who opened him the way to a great life. Four months later, the fate of the horse will repeat his wife Sofya Aleksandrovna, podkarmlivayut Yezhov homemade Lunches.

the Great terror of the little man

Nikolai Yezhov, if not call the main initiator of the “Great terror”, it is certainly among his protagonists. On the scope of the purges of 1937-1938 significantly exceeded the repression of the first fifteen years of Soviet power. After all, if the first Soviet secret police was targeted at “class enemies”, now were looking for traitors already within the party. According to rough estimations, over the period during which the NKVD head Yezhov was arrested at least 1.7 million people, almost 700 thousand of them were executed.
the escalating power of the repressive apparatus of the NKVD in the period of “Great terror” show two figures: in 1936 in the USSR it was shot 1 thousand people, then in 1937 the number had risen to 350 thousand. The vast majority of researchers have questioned the need for such a number of victims, many of whom do not fit into the image of an enemy of the people. But among the repressed (as shot, and survivors of the camp) a lot of those who can be called the pride of the nation: Pavel Florensky, Osip Mandelstam, Vassily Blucher, Pavel Dybenko, Lev Gumilev, Sergey Korolev, Nikolay Zabolotsky.
Active participation in the Yezhov repression is confirmed not only his signature in lists, sentenced to various punishments (mostly to death), but the volume butmenclature of work he did before giving the course of investigating cases. It is with initiatives Yezhov began the practice of simplified procedure of judicial review, approved in October 1936, the Politburo. It is important that this occurred in the absence of Stalin, vacationing at that time in Sochi.
But with chief Yezhov in the post of people’s Commissar of internal Affairs have maintained close and frequent contact, including on issues of political processes. Historian Oleg Khlevniuk, studied the journals of visits to Stalin’s office, wrote that in less than two years, Yezhov at the reception of the head of state was 288 times in total spending at 850 hours. According to these indicators, it is second only to the people’s Commissar for foreign Affairs Molotov.
Hardly shared Yezhov with Stalin how was the process of interrogation of the accused. This is what we have left of the memories of witnesses of events of those years. For example, Aino Kuusinen, wife of a prominent party leader Otto Kuusinen, convicted in January of 1938, wrote:
“Later I found out that at the bottom, right under the walls of my chamber, stood a low structure, innocuously called the “office for questioning”. Actually it was a torture chamber. There was heard a terrible, inhuman screams, ceaseless blows of the whip”.
of Course, torture was used both before and after Yezhov. However, as noted by historian Eugene Antoniuk, if, for example, when Beria chose to hit the places where there were left a minimum of traces, when Yezhov was beaten so that prisoners often did not remain a live place.
In contrast to the same Beria, Yezhov himself has repeatedly participated not only in inquiry, but also in the executions. Alexander Pavlyukov, in his book “Yezhov. Biography” reports that hit list of 45 members and candidate members of the Central Committee that Ezhov gave Stalin in November 1937, nine people were executed by the Commissar: including the First Secretary of the Voronezh Committee Anna Kulygina.

Not a single Yezhov

But whether the guilty one Yezhov in the aftermath of the “Great terror”? To write off all the victims nand one Commissar would be unfair. The important role played by domestic and foreign political situation in which our country finds itself. Resonant murder of Kirov, the active participation of the opposition, the defeat of the Pro-Communist forces in the civil conflict in Spain has created a favourable climate for the amplification of spy mania in the Soviet Union.
let’s Not forget about Stalin – the true Creator of the “Great terror”. In February 1937 the master of the Kremlin begins to sign the death list. According to the historian Nikita Petrov, from 44 thousand intended for lists of victims in the end, the highest measure was approved by the leader to 39 thousand people. Really shot not more than 34 thousand. The reason is simple. Yezhov with such zeal, they made a list that allowed them to duplicate names.
Specialist in the Stalin era, historian, Professor of Moscow state University Oleg Khlevniuk in his works results in a lot of other documents addressed to Stalin, the leaders of the regional party cells, which unequivocally promises to strengthen repressive measures. According to Khlevniuk, at the moment we can speak about approximately 35-40 thousand prisoners by name, to sanction the execution of which was personally endorsed by Stalin.
the majority of documents where there is no signature of the head of the USSR, it is safe to say that they have not gone past his control. The leader, as you know, eagerly studied the records of investigative interviews, memos arrests and often complemented already existing lists of individual names.
By the end of the active phase of mass repression, the fate of Yezhov was already a foregone conclusion. “Yezhov – the scoundrel! Ruined our best shots. Decomposed people. Many innocent killed. We for this shot,” not without guile, Stalin said. It is unknown whether Yezhov knew that it was originally used as a disposable tool, but in the dock it does not changed: “I cleaned 14,000 security officers, but my great fault is that I did not clean”.