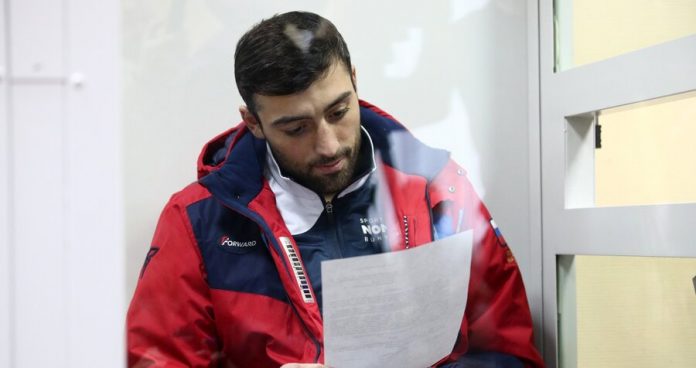 Arrested for drug possession, the champion of Russia on Boxing George Kushitashvili barred for life from playing for the national team of Russia. It is reported RIA Novosti with reference to the General Secretary of the Federation of Boxing of Russia of Umar kremleva.

He said that this decision was made after the announcement of the results of a medical examination, which showed that at the moment of detention in the blood of the boxer was narcotic substance. The Kremlin said that in the future, the athlete may try in professional Boxing.

“If in the future George will show their best side, for example, community action, and the members of the Board of Champions of the Federation is to pay attention, he will be able to perform in professional Boxing in Russia. But the doors to the national team closed to him, he excluded”, – said the Kremlin.

concerning the athlete criminal case under two articles – “the Use of violence against a representative of authorities” and “Illegal acquisition, storage, transportation without a sales objective of narcotics in large scale.”

the Investigation claims that athlete Kushitashvili was drunk, had a little more than 0.5 grams of cocaine. He Kushitashvili claimed that no one was beaten.

George Kushitashvili is the champion of Russia on Boxing in a weight category up to 81 kg. In 2016, the sportsman became the bronze medalist. At the world championship 2019 in Yekaterinburg, the boxer reached the 1/4 finals.