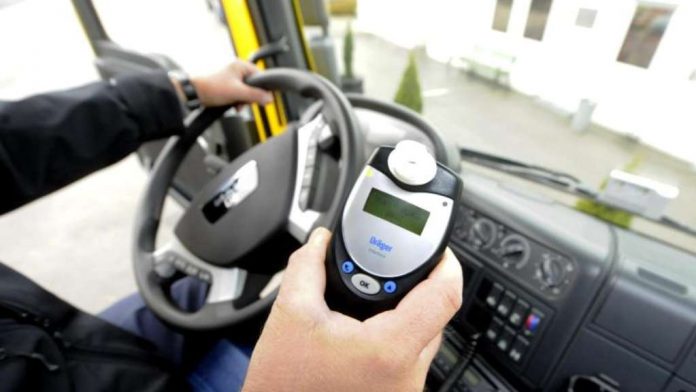 Goslar, Germany (dpa) – nationwide, more than 12,000 accidents to persons were registered in the year 2017, the damage, which alcohol in the game was. The traffic law in Goslar, experts want to discuss whether alcohol ignition interlocks for alcohol offenders, can increase the road safety.

“An alcohol Interlock System is a in a motor vehicle built-in breath alcohol-measuring device in combination with an immobilizer,” says the spokeswoman for the German traffic safety Council (DVR), Julia Fohmann. The lock with the result that intoxicated persons are not able to start the vehicle engine.

For whom a Alkolock would be considered?

alcohol sinners who are caught with more than 1.6 parts per thousand, for the Medical-Psychological investigation (MPU), before you get back your driving license. Driver, which is a value between 1.1 and 1.6 per mil was determined to get back the driving licence, however, as a rule, after expiry of a vesting period. The traffic law is discussed whether these people should use for a certain time a Alkolock-System.

How many parts per thousand sinners would be affected?

In the year 2017, there were, nationwide, almost 3,000 involved in Accidents in which alcohol values between 1.1 and 1.6 ppm were measured.

What is the Use of experts promise?

ADAC, it is assumed that a Alkolock brings together with a psychological support for the person Concerned to change their behaviour. The probability is likely to decline, that you are once again, alcohol noticeable, a spokesman said. A pilot test would be useful.

“Vision Zero, i.e., the number of road deaths and serious injuries to reduce to zero, is and remains our goal,” says Stefan Heimlich, chair of the Auto Club Europa (ACE). “Alkolocks may help to approach this goal.”

Basically, you could trick the devices, by letting someone else blow, says a spokesman for the Federal Association of road haulage, logistics and disposal (BGL). According to the road safety Council, the probability is relatively low. Because Alkolocks called for in the rule, also during the drive to the control, and so long, until the driver has blown. In the United States and Australia cameras would also use the people in the breathing tax.

What is the cost of a Alkolock-System?

Who the person is as a private a device installed, you must set several thousand euros on the table. In Scandinavia Alkolock systems can be rented. According to DVR, this also for Germany may be an Option if the devices should become mandatory for certain groups of people.

there Is experience with Alkolocks?

International studies from the USA and Sweden according to information from the DVR, the drink-driving, with built-in Alkolocks rare. It was shown, however, that the number of the alcohol increases, trips, as soon as the System is expanded. The automobile club ACE points out that in France, Finland, the Netherlands and in Poland the legal basis for the use of Alkolocks in the vehicles, especially alcohol of conspicuous traffic participants, were created.

What is my traffic lawyers?

Interesting is the System for people who were caught with lower blood alcohol levels, which for the re-granting of the driving licence no MPU is necessary, says lawyer Christian radio from the Association of transportation law of the German bar Association (DAV). “The alcohol ignition Interlock System can then provide additional opportunities to either reduce a lock-up period, or to bring a criminal case to set.”

What is the accident research says?

The insurers accident research (UDV) pleaded for a EU-Directive, are what equip all new vehicles with Alkolocks. “In Europe, the devices could not be adjusted so that from 0.5 per Mille in the Start of the vehicle is possible,” says UDV-Director Siegfried Brockmann. A driver who lead without such a device, it would be against the law.

23. to 25. January, experts are coming to the 57. German traffic law in Goslar, together, to discuss issues of traffic safety.