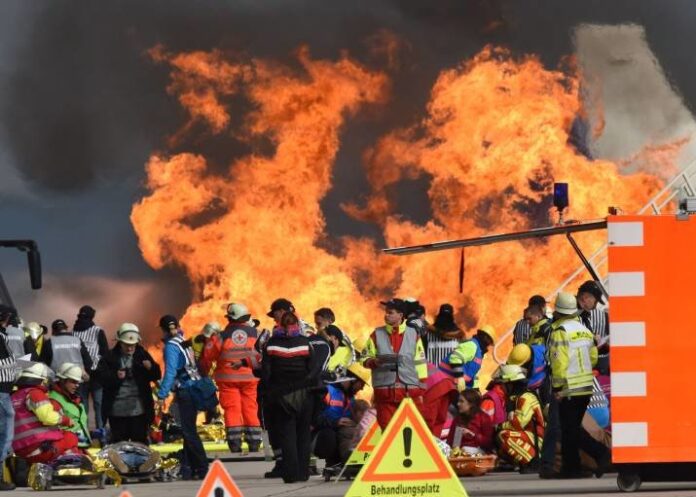 Terrible pictures right after the start! Today around 11:45 a.m. German time, an Airbus A320 with 99 passengers and 8 crew members on board crashed into a residential area while landing at the local airport. So far, the authorities have not given the exact number of fatalities.

In Pakistan, a passenger plane with 99 passengers fell into the middle of a residential area. This reported the country’s aviation authority on Friday. The crash site is a heavily populated residential area in Karachi near the Jinnah International Airport. In addition to the passengers, eight crew members were on board. According to initial reports, the Airbus A320 was said to have landed on the approach to Karachi airport. According to the chief of the aviation authority, Arshad Malik, the pilot of the machine reported technical problems to the machine before the crash. Eyewitnesses confirm that the pilot appears to have made several landing approaches to the airport. The first videos were leaked to the international media showing the devastated residential area and dark clouds of smoke. The police and military have cordoned off the crash site on a large scale.

The local authorities suspect a large number of deaths and injuries. The first videos show how injuries are pulled out of the rubble at the crash site. So far, at least 15 people from the damaged houses have been brought to a local hospital. In the meantime, Karachi has declared an emergency. The plane that crashed was domestic flight PK8303, which had been flying from Lahore to Karachi. Because of the current corona pandemic, domestic flights in Pakistan had just started again. Many locals travel to their hometowns for the Eid al-Fitr festival, which marks the end of Ramadan.