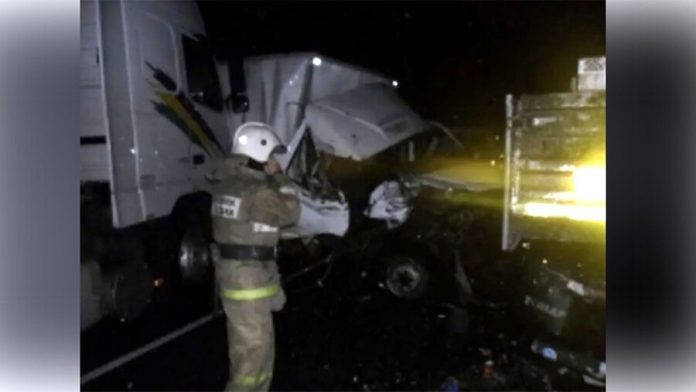 Eight people were killed in the collision of a minivan with a wagon on the road in the Pskov region.

As told TASS the interior Ministry in the region, the accident occurred on the highway St. Petersburg – Nevel in Pustoshkinsky district. The result is a head-on collision killed the driver and seven passengers in the van, another passenger and the truck driver were injured.

All the victims, presumably, citizens of Ukraine. It is noted that the minibus has left on an oncoming lane. The car is registered in Ukraine and moved to Kiev. On the scene working law enforcement officers.

Specifies that the coating in the area was wet, treated with deicing materials. Earlier it was reported that 29 people were injured in bus collision trucks in the Kemerovo region. Just inside, there were 49 people.