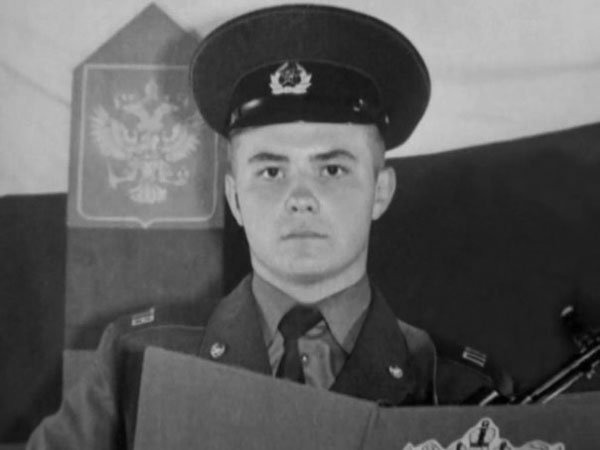 Yevgeny Rodionov was only 19 years old when he was killed in Chechnya. Once captured, the boy bravely withstood the brutal torture and abuse, refused to remove an Orthodox cross and take someone else’s faith.

the Road to the temple

Evgeniy Aleksandrovich Rodionov was born may 23, 1977 in the village Cibirka Kuznetsk district of the Penza region. His parents worked in the furniture manufacturing. For a long time did not go, went only a year and two months after he was baptized. But the crucifix, he began to wear only 12 years old at the insistence of my grandmother. Since then began to go to Church – to the Holy Trinity Cathedral in Podolsk (at that time the family lived in the suburbs).

after Graduating from the nine classes of secondary school in the village of Kurilovo Podolsk district of the Moscow region, Zhenya, as his parents, got a job in a furniture factory. Worked as a collector, a seamstress, a cutting, and then trained as a driver.

the Prisoner and the execution

June 25, 1995, 18-year-old Rodionova was drafted into the army. He first came to military training unit training unit No. 2631 of Border troops of Russia near Kaliningrad. After that, he served as a Grenadier in 3rd frontier 3rd motor group 479 border special detachment on the border of Ingushetia and Chechnya.

13 Jan 1996, Eugene was sent to combat training in the Nazran border detachment. 4 February 1996, he held the post together with the ordinary Andrey Trusov, Igor Yakovlev and Alexander Zheleznov. The military stopped the van with the inscription “Ambulance”, which went with their fighters, Brigadier General of the Chechen Republic of Ichkeria Ruslan Hayhoroev. It turned out that the car was carrying weapons. When trying inspection border guards were captured.

First missing soldier announced deserters. The police were looking for him at my parents ‘ house. And only after a detailed examination of the scene, as was discovered by the traces of blood and struggle, adopted the version about captivity.

the Mother of Evgeny Lubov went to Chechnya to find her son. She was able to go to Shamil Basayev, but after trying negotiations, she was brutally beaten and three days held hostage. Only when Love Rodionova paid the militants a large sum of money – about 4 thousand dollars (for this she had to sell the apartment and all the valuable stuff) – she was told about the fate of his son and pointed out the place of his burial.

As it turned out, Evgeny Rodionov was executed by Chechen fighters. Hundred days with his comrades are brutally tortured, demanding to accept Islam. However, Jack refused to remove an Orthodox cross. May 23, 1996, his birthday, he was beheaded.

Evgeny Rodionov the Corpse found in the grave without a head, the mother was identified by the pectoral cross. Later examination confirmed the results of identification.

Eugene was buried near the village of Satino-Russkoye settlement Schapovskoe (now Trinity administrative district of Moscow), near the Church of the ascension of Christ. Posthumously he was awarded the order of Courage.

At the end of 2003, the Committee “For moral revival of the Fatherland” made a proposal to canonize Evgeny Rodionov. However, the Synodal Commission on canonization of the Russian Orthodox Church came to the conclusion that all information about the Martyr’s death Rodionova recorded only from the words of his mother, who herself was not present. She also could not confirm with absolute certainty that her son was forced to renounce Christ. While the question of canonization has not been resolved, although on this occasion, Patriarch Kirill addressed by many influential people.

Eugene Now commemorated as a Martyr Evgeny the Warrior. In dozens of churches, including in the Moscow Cathedral of Christ the Savior, are his icons. There he thicketse only depict in a Cape of red, like a Cape. Several times people talked about “the divine warrior in the fiery cloak”, which was rescued in Chechnya captured soldiers, showed, where are the mines and streamers. Wounded soldiers from the Burdenko hospital also claimed that they were helped by a soldier from Eugene, “especially when come pain.” Saw him allegedly in prison. “He helps the weak, lifts broken,” recalled prisoners.

September 25, 2010 in his hometown of Eugene Rodionov in Kuznetsk, on the territory of school No. 4, which bears his name, was a monument to the executed soldier: his figure is encircled by a bronze flame of the candle, around the head a halo, and carrying the eight-pointed cross.