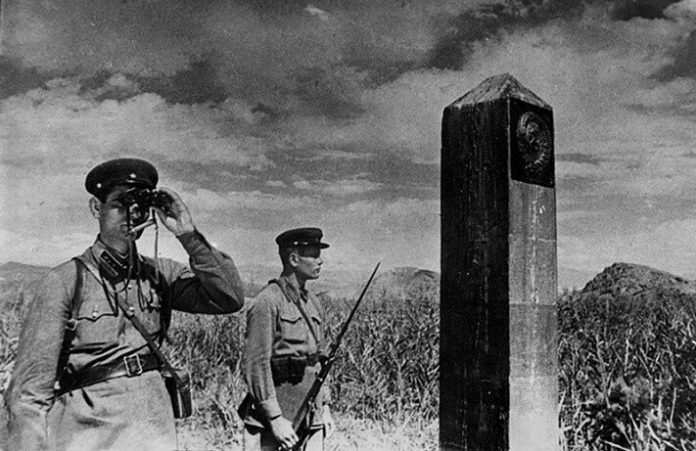 In the postwar years, historians have constantly tried to reconstruct the chronology of the outbreak of hostilities of the great Patriotic war. It is accepted that the war began on June 22, exactly at 4 am. But in fact, Georgy Zhukov, who at that time was the chief of the General staff, in 03:06 received the first signal of hostilities with the Germans.

And at 4:00 the Soviet Ambassador Dekanozov, V. G., who was in Berlin, received from Ribbentrop – Minister of foreign Affairs, the packet of official documents on the outbreak of war, which included a note and some of its annexes.

the Beginning of hostilities

on 22 June early in the morning, carefully prepared, aviation and artillery forces, German troops crossed the border of the Soviet Union. After 2 hours, Molotov has already hosted the Ambassador of Germany V. Shulenberga. This visit took place exactly at 05:30, as evidenced by entries in the visitors ‘ book. The German Ambassador gave an official statement, which contained information about the subversive actions of the USSR against Germany. The document also mentioned political manipulation of the Soviet Union against Germany. The essence of this statement was that military action Germany has taken to confront the threat and defend their territory.

Officially declared the beginning of the war hammers. And this fact raises many questions. First, the announcement was made much later. The speech on the radio, the population is only heard at 12:15. Since the beginning of hostilities it has been over 9 hours, during which the Germans vengeance bombed our territory. On the German side the address was recorded at 6:30 (Berlin time). Also a mystery was the fact that about the beginning of military operations reported by Molotov, not Stalin. Modern historians have put forward more than one version. Some argue that the head of the SSSR at that time was in holiday. According to foreign historians Braakman, and Paine during this period Stalin had a rest in Sochi. Also, there is speculation that he was on the spot and simply refused, by shifting the responsibility on Molotov. This statement is based on the log entries about the visitors – the day Stalin led the reception and even took the British Ambassador.

There are disagreements about authorship the text, which was prepared for formal presentation. Says G. N. Peskov, who worked to restore the chronology of events, the message was handwritten Molotov. But the style of presentation, and corrections made later in this text, came to the conclusion that the content of the text edited by Stalin. Subsequently, Molotov spoke on the radio mentioning that acts on behalf of Joseph Stalin. Later, comparing the content of written text and spoken speech, historians have found some differences, which mainly focused on the extent of the territories that had been attacked. There were other inconsistencies, but they had no strategic importance. In any case, the fact that the war started before the official time sources, researchers documented.