Home Breaking Festival of the future theatre will be held in Moscow from 22... 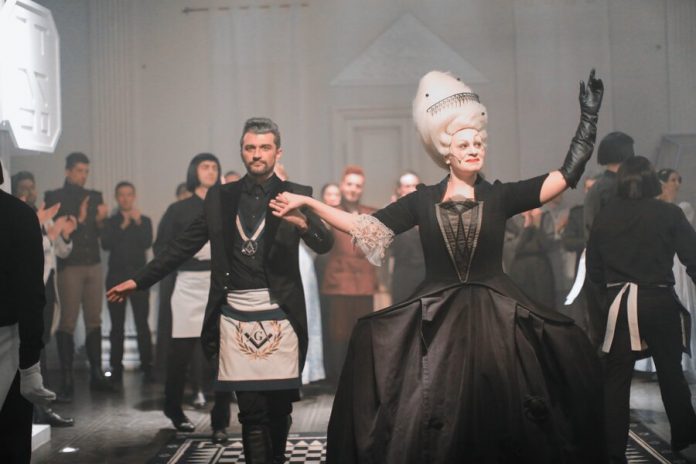 Photo: courtesy of the press service of the festival.

the Festival of the future theatre will be held from 22 to 29 February. A large-scale project focused on professional environment and a theatre audience, has ambitious objectives: to demonstrate the latest technologies and their interaction with the theater, to investigate the influence of contemporary art and multimedia in theatre, to show the competitiveness of Russian theater in the world, to awaken interest in contemporary theater, to create a community of playwrights, Directors, producers, and artists, aimed at creation in Russia of theatre of the future.

the program will include a new production of the Creator of the St. Petersburg-Dresden theatre “the Tree” Anton Adasinsky’s performance of “Gold” (Moscow); the nominee of competition “the gold mask – 2018” – an immersive show “the Returned” (Moscow); surreal stage song La Llorona from the theatre “Chernoenebobeloe” (St.-Petersburg); the philosophical tale, the legend for adults, told in 3D 360, – VR-performance “the Forgotten kiss” (Petrozavodsk, Helsinki); the ballet-parable of the Samara Opera and ballet theatre “Three masks of the king”; the classic Opera in an immersive format, “Queen of spades” (Moscow); the show of live sculptures “We. The dialogue of the great forefathers” (St.-Petersburg) and other performances, sketches, performances using the latest technologies. After the performances will be followed by discussions with Directors, artistic Directors and actors presenting their work at the festival.

the Festival performances will go beyond the usual theatrical walls of the theater and will be staged in the Museum spaces and creative clusters, such as ArtPlay, the “Red October”, the Gulag Museum, house “Dashkov 5”.

the festival will be organized round tables, discussions and lectures, raising urgent questions about the future of Russian and world theatre, interact theatre and other art forms, characteristics and development of street, and immersive digital theatreand. The discussions will be attended by the representatives of the sphere of art and theatre from Russia, France, Germany and other countries.

Photo: courtesy of the press service of the festival.

For professional actors, Directors, artists, the festival has prepared a special educational laboratory.

in addition, the festival held dramatic competitions: “Russian dream” contest, in which the authors propose a new way to look at world history, and “Historical play” – a genre of utopia, common in prose. The curators of the contest were Elena Isayev (poet, playwright, laureate of the prize “Triumph”) and Olga Mikhailova (playwright, screenwriter, poet, member of the organizing Committee of the Festival of young dramaturgy and the project “Documentary theater”). Play – the winners of the competitions will be presented at the festival in the format of the readings.

At the end of the planned publication of the almanac and the formation of the creative Union “laboratory of the future of the theatre”, which will realize different ideas in the arts.