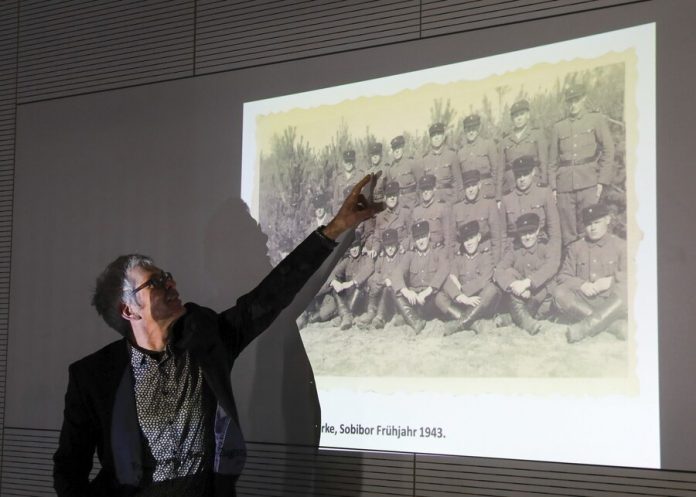 Deutsches Museum “Topography of terror” revealed previously unknown to the public a collection of photos taken in the camp Sobibor. Hundreds of pictures, which worked for several years a narrow circle of researchers, handed over to the Holocaust Memorial Museum in Washington, reports Deutsche Welle.

the Pictures made by the former Deputy commandant of Sobibor, Johannes Niemann. Also in the present collection of photos that depicts the SS, who liked to be photographed in the workplace.

Among the photographs there are reports on the visit of a group of employees of the concentration camps Sobibor and Treblinka to Berlin and Potsdam, pictures of Niman during the service in other camps, with pictures of types of Sobibor and everyday scenes of camp life, portraits of guards and prisoners pictures.

Before the discovery of the collection, which historians gave to the grandson of Neman, was known only to two pictures of Sobibor. The images allowed the researchers to learn more about life in Sobibor and to identify some of the guards.

October 14, 1943 during the uprising in Sobibor Niemann was killed by one of the Soviet prisoners of war. The part of the prisoners escaped, the rest of the Germans killed, and the camp was destroyed. Photos of Niemann, the Nazi authorities gave to his widow.

In June 2019 was the last participant of the uprising in the Nazi concentration camp Sobibor, Simon Rosenfeld. The soldier, who in 1943 fought with the SS guards, was 96 years old.