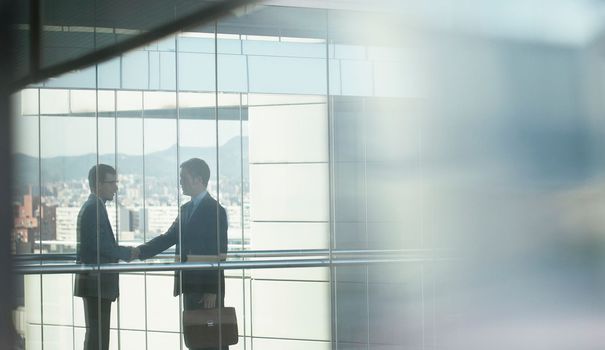 The conflicts that animate the prud’hommes reflect on a daily basis our social history. The hearing in the office of the court shall be public. Regularly, a journalist for The Express purpose of attending the debates.

The president is surrounded by a counselor and two counselors. In the Face of them, two lawyers.

The lawyer, Rémi (1) request 373 782 euros-variable salary, overtime and compensatory rest, since 2014, and security requirements. But this is not all. “My second stream of requests for the termination of the employment contract that I think of as the dismissal of nil, resulting in 95 782 euros of additional compensation and 9578 euros of paid leave related, 75 825 of pay in lieu of notice and 287 346 euros in damages and interests for loss, six months of salary and up to 3,000 euros to article 700”, she adds. Total : 855 313 euros.

The lawyer of the employer : It resigns and calls for more money !

The lawyer Rémi : My client has been committed on the 1st of September 2012 by a company editor of software with more than 50 employees that belongs to a group that is 1.4 billion turnover. My client is a senior account executive”, he is a vendor of solutions for large accounts, key 47 891 euros per month with a variable salary and has a company car. The employment agreement provides for fixed and variable.

In October 2016, my client has difficulties getting paid the variable part. He said : “there will be blood on the walls, there will be departures”.

On march 1, 2017, my client broke his contract by a letter entitled : “Resignation/commissions not paid in 2016”. I’m not in the legal framework of a resignation, because it is equivocal. For me, and this is what I want to demonstrate to your board today, it is an acknowledgment of the termination of the employment contract due to non-payment of the variable salary. Hence my requests in two parts, with a dismissal void that comes with it.

The president : How do you interpret : “there will be blood on the walls” ?

The lawyer Rémi : The need to make savings, the company was in a bad financial. My client did not want to take the toll, it was an excellent piece.

The lawyer of the employer : This story, I don’t believe it. In 2017, this employee is “hunted” and his recruitment elsewhere is without a doubt scheduled for the April 1, 2017, which pushes him to resign with us on the 1st of march.

He asked that the notice be clear a month due to a resignation, while it should be three months. We accept to listen to it. At any time, I do not read of complaints in his letter of resignation.

TESTIMONY >> “She resigned and claimed overtime two years after”

This is only the 21 of march that it sends an email to the company in which he indicates that the lack of payment of the variable salary in January 2017 is one of the reasons that motivated his decision to leave the company. He cites a major customer with which it has concluded a sale of € 2 million in November 2016.

The lawyer Rémi: “This case has been concluded by the end of 2016 and would have had to be settled in January 2017.

The lawyer of the employer : When you have a sale, you must prove that you have made. There is also an order for a sale of € 2 million. We have received the January 20, 2017. Then, there is a validation process. We paid one month after the validation of the order.

The commission was paid in march, 105 000 euros paid. I was told that it has not received commission in 2017. This is incorrect : he received 88 000 euros in January 2017. Since 2012, he has received hundreds of thousands of euros. And it makes me believe that there is hardship to pay for it ? He doesn’t mention at the time of his resignation.

The lawyer Rémi : It is after multiple raises, and then making note of the break that the commission of € 100 000 is paid in march, with a late flagrant.

In addition, my client receives the plan commission for 2017 on the 24th of march of that same year. The employer asks that this plan be retroactive to the beginning of 2017, while the objectives are three times higher than those used up to now. It is convenient for not to pay.

STORY >> “it WAS hardly fired, he wrote “Freedom” on Facebook with a photo of his cheque”

My client does not confirm receipt of this document. Then, he received threats by e-mail : “Either you accept and we pay you your commissions on this base, or you do not agree to and cannot you will pay nothing.” It is violent, anyway ! To this day, he has never been paid his salary variable of 2017. The employer says that the employee does not justify the salary variable, but it is all the same to him, the employer, do it ! He would have had to apply a payment, even if we didn’t agree. Here, it is to zero a variable by 2017.

The lawyer of the employer : On 24 march 2017, your client finds that it has goals higher than those of other years, and he is surprised. But these goals are linked to the figures of the society. We can not communicate a plan to the January 1, 2017.

Then, this is part of the decision-making power of the employer to set the objectives. Your client is a very good item, it may fulfil the set objectives. He refuses to sign the plan of commissioning, but this is not the card!!!

The president : On the first part of the applications, the package and the additional hours ?

The lawyer Remi : In the contract of employment, there is a convention of package, that of 2012, which was signed prior to the revision of the agreement Syntec [addendum to the April 1, 2014 editor’s note]. But in spite of this revision, there is no control of the activity of my client, so I request the nullity of the package and the payment of the extra hours that I have justified over several years.

The lawyer Rémi: “The employer has clearly left work more than 50 hours per week on average. He did not follow the working time of the employee.

The lawyer of the employer : It was organized as he wanted.

The president : Is that the employee has been totally filled with his rights ?

the Verdict on 12 December. The employer is ordered to pay eur 22 500 of recall of variable salary and to fix the pay slips of Remi.

resignation must be unequivocal

To be effective, the resignation must be manifested by the employee in a clear and non-equivocal. The notice period is fixed by law or by convention, or by the collective agreement work” or “according to the usages practised in the profession” (article L1237-1 of the labour code).

For Harold, as for engineers and managers subject to the convention collective Syntec, it is three months. The employee has the right to request a waiver or a shortening of the notice period, the employer may grant him or deny him.

In the case of Remi, it is overtime, for discussion on the plan update and for the late payment of the variable salary. In a judgment of 20 January 2010 (appeal n° 08-43.476), the Court of cassation has held that the fact of not paying overtime to the employee who had resigned characterizes a breach serious enough on the part of the employer. The reasoning is the same in a case of variable salary paid in arrears at a “high level” : the impossibility to continue the labor contract is, according to the judges, justified (September 15, 2009, appeal n° 14-10416).

however, the judges labor processes have followed Remi nor the question of the package day, nor on the anticipated delay of payment of the variable salary. They have regarded his resignation as the clear and unequivocal – even if the employer is required to pay a variable remuneration for January and February 2017.