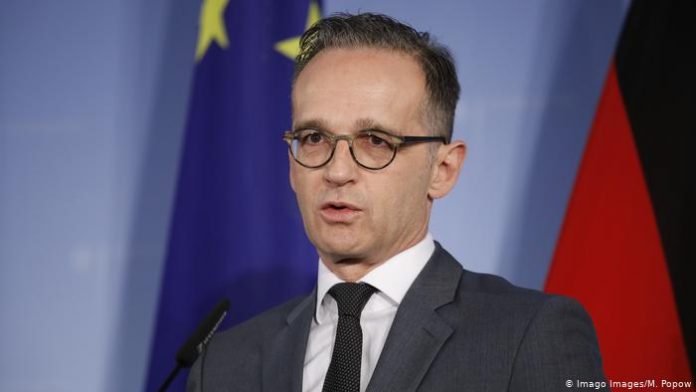 Germany will support Albania and Northern Macedonia on their way to the EU, Federal Foreign Minister Heiko Maas said in a DW interview. However, the two countries would have to continue the reform process that has begun.

Deutsche Welle: The rejection of the promised opening of accession negotiations with North Macedonia and Albania is a major setback for the integration of the Western Balkans into EU-Europe – also, and especially for Germany, which has worked hard for a “go” for the two countries. Now you travel to Skopje to assure Germany’s solidarity with the region. What do you have to offer concretely?

Heiko Maas: For Germany it is clear: the Western Balkans are an integral part of Europe. Your future should be in the European Union. An overwhelming majority of EU Member States have spoken out in favor of opening accession negotiations with Albania and North Macedonia, because that is also in our own strategic interest. However, we need unanimity in the EU. We are working on that. Germany is making every effort to ensure that we reach a common position in the EU, so that accession talks with Albania and northern Macedonia can start soon. I want to make that clear again in Skopje.

France – President Macron – and the other expansion opponents to vote, seems currently not in sight. What is your strategy for the Western Balkans if the EU continues to block enlargement?

The strength of the European Union lies precisely in the fact that, even with difficult issues, we can finally find a solution. I am confident that we will succeed here too. President Macron has stated that, in addition to further reforms in Albania and northern Macedonia, he also considers reform of the enlargement process necessary. We will hold intensive talks in the EU in the coming weeks.

But what counts at the same time: Albania and North Macedonia must persist in the process of reform that has begun, while making further progress. Right now it is important to convince the few remaining skeptics of success. Germany will continue to be very active in supporting the countries of the Western Balkans on their way to the EU.

What do you expect from Northern Macedonia and Albania in this difficult situation? Because in the end there was no “yes” from France because of concerns about the reform process in both countries.

I would also like to encourage North Macedonia and Albania – as well as the other countries in the region – to stick firmly to the path of reform: the reforms are not just for EU rapprochement, they are right for themselves because they are in the interest of the people. Strengthening the rule of law, resolute action against corruption and organized crime – these are the core tasks of any government that cares about the future of their country. The opposition also bears responsibility: political competition and competing ideas, which are common and necessary in democracies, must not paralyze a country in its development.

Macedonian Prime Minister Zoran Zaev had linked his political fate to the opening of accession negotiations. Now the country is facing early parliamentary elections. The largest opposition party VMRO-DPMNE, which openly rejects the Prespa agreement, is not in bad shape in the forecasts. It is said that she would try to annul the agreement when she comes back to power. What are you doing to prevent that from happening?

The Prespa Agreement is rightly called historical. Northern Macedonia and Greece have settled for almost three decades. The deal has opened the door for North-Macedonia’s Euro-Atlantic approach. This makes both countries a role model for the region and beyond. They have shown that conflicts that are almost insurmountable can be resolved with leadership, courage and foresight and that difficult compromises are possible. Soon we will welcome North Macedonia as the 30th member of NATO. An obstacle on the way to the EU has also been cleared away. I can hardly imagine anyone wanting to ruin all that, which would cause North Macedonia to maneuver internationally into a dead end.

As clear as German satisfaction with the reform process in Skopje was, it was difficult to reach consensus on the situation in Albania. The country has been in a deep domestic political crisis for a year, the solution of which is not yet in sight: the opposition is boycotting the parliament and calling for new elections. The reform of the electoral law is one of the requirements that Germany has placed on Albania for the EU accession perspective. But nothing moves. Do you have the positive ones