Home Entertainment Heino: That was the car concert with the 81-year-old 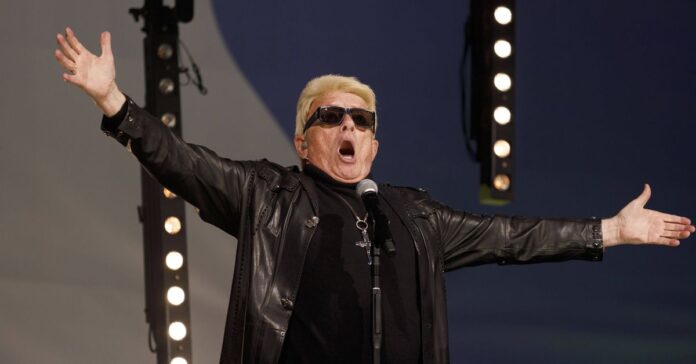 Heino has something very German about it, which makes him a cult figure for some and a stimulus figure for others. At the age of 81, he now sings in front of another German landmark at a very special concert: cars. This is something new even for him.

For the opening of his concert, Heino chose his version of the tote trousers hit “Days like this”. It is an anthem that produces images in the head: cheering people in full stadiums, sweaty, swarming beer tent guests, just pure joie de vivre. 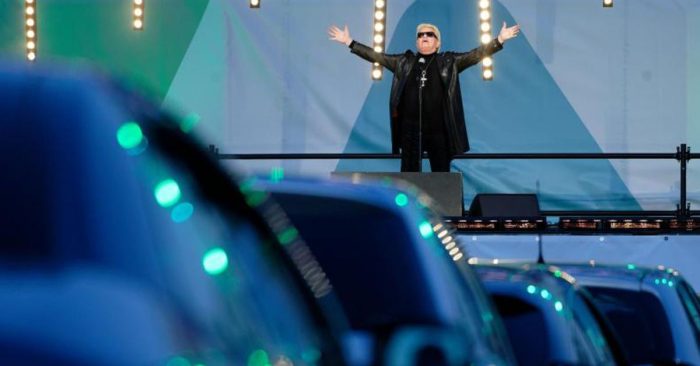 It becomes clear that the reality is different when the concert director for Heino’s vocals (“On days like this, you want infinity”) cuts pictures from the audience onto the large LED wall behind him. You can see: Immobile cars on an industrial wasteland. A train rushes by silently in the background.

It was the first time for Heino

It is a concert of a special kind, which the ever-blonde pop singer gives on Friday evening in Bonn, also for himself. A so-called car concert that forced the corona pandemic. “I’ve never done this in this form,” says Heino. And in his 60 years in show business, he has actually performed everywhere, even in a bathing establishment.

The concept: Heino stands on a large stage and sings. His audience comes in the car and, if possible, stays in the car to give Corona no chance. Going to the toilet, for example, should be avoided as much as possible. Heino’s voice can be heard on the car radio, it is transmitted on its own frequency. Horning is strictly forbidden, but turning on the wipers is a way of signaling Heino support. The 81-year-old looks at a neatly arranged Armada windshield. “I can’t see her,” he says. “But can I say friends to you?” 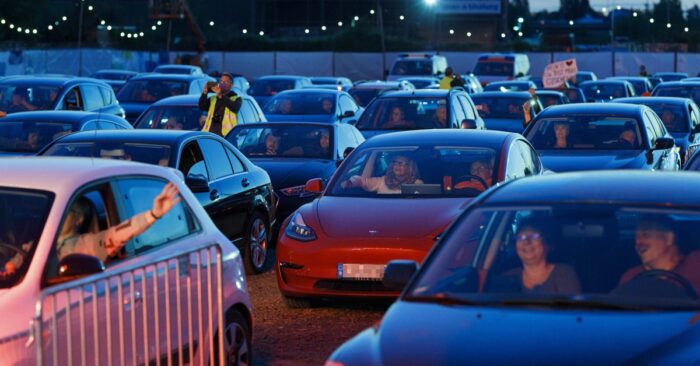 Hannelore is in the front row

The mood behind the bonnet is relaxed, not only with Heino’s wife Hannelore (77), who sits in the front row in a heavy car and waves at photographers in the style of a monarch. “We were asked whether we would like to go to a Heino concert,” says Andrea Schröder, who is sipping an Aperol Spritz (“chilled!”). At first she said: Oh no, not Heino. But then she brooded. Now their views have changed radically. “It’s great to come out of the door again in some form. And when it’s in the car. ”It’s the thirst for entertainment that brings many here. Heino is celebrated.

Concert organizers are one of the industries that have been hit particularly hard by the corona pandemic. Car concerts are their opportunity to still present music to a large audience. In Bonn, a previously vacant space – very much earlier a junkyard – was remodeled in a rather nasty industrial area. Opposite is the “Eros Center Bonn”, another such branch of the crisis. 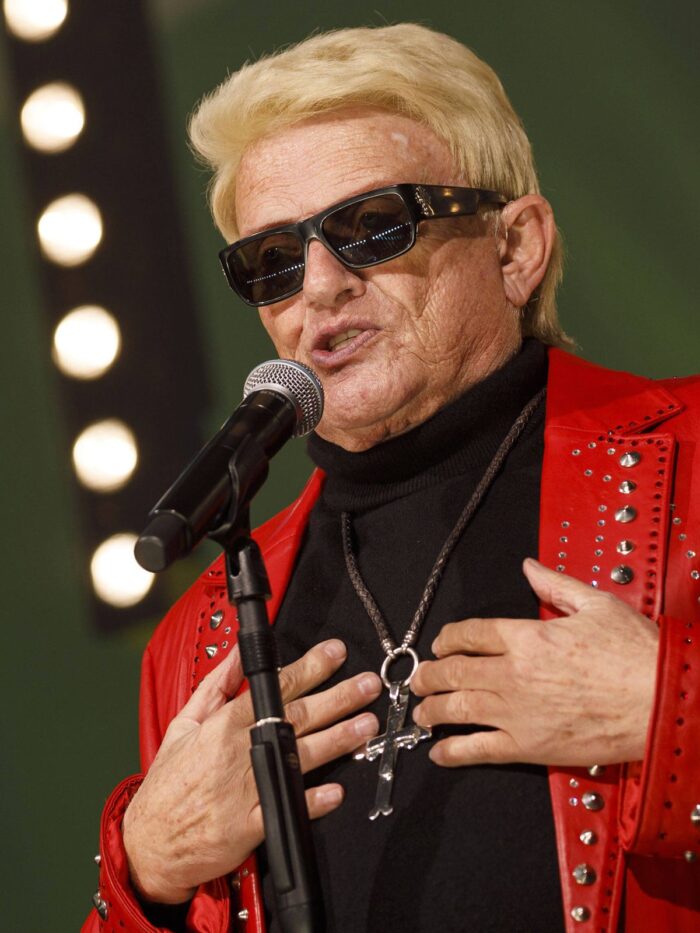 “How the idea came up, I said: I’ll do it. I have often jumped in on things that I have never done before, ”says Heino when he receives a conversation on the sidelines of the concert. Especially since it is like this: “I have been sitting at home with the Hannelore for eight to ten weeks now.” One did not go out, also out of caution not to become infected. “You are happy when you can stretch your legs a bit. Something else sees. ”

However, the Corona crisis did not affect him. Heino dealt with music and card games with friends. In addition, walks every day. “He has to breathe deeply into the lungs,” explains Hannelore. She in turn has redecorated the living room into a “painting room” and has already painted four or five pictures. “And if it goes on like this, I’ll have an exhibition.”

Heino is also thinking ahead, on his planned classic tour. “I’ve survived everything so far,” he says. By that he also meant: the war, then in the air-raid shelter. “And I think that was a harder number than Corona.” (Dpa / KT)