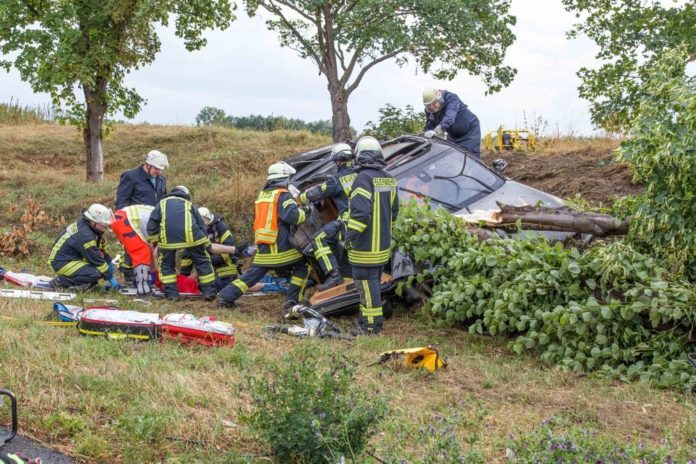 A terrible fatal accident has occurred near Nordhausen (Thuringia). There a pregnant woman had tried to overtake a truck and got off the road. As a result of the accident, the woman was thrown out of her car and died of her serious injuries in the hospital shortly thereafter.

As a police spokesman told the newspaper Bild, the serious traffic accident occurred on Wednesday evening. The 30-year-old woman was driving her VW Passat on the B243 from Nordhausen towards Günzerode. There the young woman had tried to overtake a truck, got off the road and was thrown with her car into a field about 60 meters away. The car overturned several times and the woman was catapulted out of the car. The police now want to check whether the young woman had forgotten to buckle up.