Home Breaking How did Ivan Poddubnyi after the German occupation 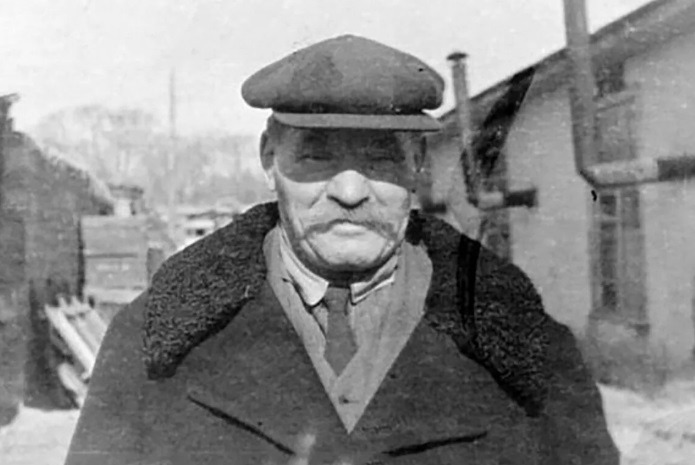 the Legendary wrestler Ivan Poddubny was the pride of the national sport, a real national hero. However, he ended his days in poverty, unable even to eat. Although officially she died from a heart attack.

Born Ivan Poddubny 26 September (8 October new style) 1871 in the Ukraine, in the village Bogoduhovka Zolotonosha uyezd, Poltava province, in a large peasant family. All of its members differed in strength and health. Father Maxim Ivanovich, Zaporizhia Cossack, was a real hero. But in 15 years the eldest son in the fight on the sashes has become putting it on both blades.

At the age of 22 Ivan left his native village. He worked as a longshoreman in Sevastopol, a clerk in Feodosia. Began seriously to play sports, lift weights, dumbbells…

In 1897 he took a job as a wrestler in working at the time in Sevastopol, circus Truzzi. One of the tricks Poddubny was on his shoulders laid a Telegraph

the pillar, on each side of which hung ten. In the end, the pole broke.

Then there was the circus of Nikitin, and 1903 classes of French and Greco-Roman wrestling. Having moved to Kiev, Poddubny began to train club athletes. By 1903 he became a professional wrestler on belts.

In Kiev circus Ivan twirled the novel with gymnast Mary Dozmorova. They were going to get married, but shortly before the planned wedding, the girl died, fell from the trapeze – she worked without insurance.

After the tragedy Poddubny left the circus and even wanted to retire from the sport. But then he received an invitation to the world championship in France. His opponent, 20-year-old champion of Paris, Raoul Le Boucher, 35-year-old Poddubny lost. But soon at the Championships in Moscow he defeated the strongest opponents Shemyakin, the Lurikh, Jankowski. And later, on the international Champonate in St. Petersburg, put and Le Boucher, received the first prize and 55 thousand roubles – huge for those times the sum.

In 1910, Ivan decided to leave a career and return to his native village, even bought the land, started a farm, got married… But three years later broke down and returned to the carpet.

years after the revolution was difficult for the athlete. Although he was not involved in politics, but continued to fight in the ring, he was arrested by the Odessa Cheka, taking over some Poddubnaja – organizer of Jewish pogroms. However, then understood and dismissed. But this time the wife Poddubny Antonina went to another.

In 1922, while on tour with the Moscow circus in Rostov-on-don, Poddubny met his future second wife Maria Semenovna Mashinu. It was necessary to feed his family, he continued to go on tour, again visited Germany and even in America… the Americans tried to persuade him to stay with them, acting, and persuasion, and threats… But despite this, in 1927, Ivan returned home. In 1939 he was handed the Kremlin the order of the red banner of Labor. He also received the title of honored artist of the RSFSR.

the War caught Poddubny in Yeisk, which was occupied by the Germans. Having heard about the famous wrestler, the occupants were not to touch it and offered to move to Germany to train German athletes. And after the failure gave the old man a marker in the billiard room, so he could earn his living. Concurrently, he worked as a bouncer in a bar for the German military.

After the war, Poddubny was subjected to the test as living on occupied territory, but nothing “inappropriate” was not found. In 1945 he was awarded the title of honored master of sports of the USSR. Despite his advanced age, he continued to train, had pood a steel cane.

Inclavennae time Poddubny has allocated special rations. But alas, it would’ve been a simple man, and the athlete required a large amount of vitamins, proteins and minerals. When the card he was literally starving, was forced to sell his medals to buy food… the State apparently felt that the debt to the legendary wrestler paid off and stopped his interest by giving himself.

after Falling outside and breaking her hip, Ivan Maksimovic began to walk on crutches. To recover him failed: 8 Aug 1949, he died of a heart attack.

the monument, installed at the grave poddubniy in Yeisk, is inscribed: “Here lies the Russian hero”.