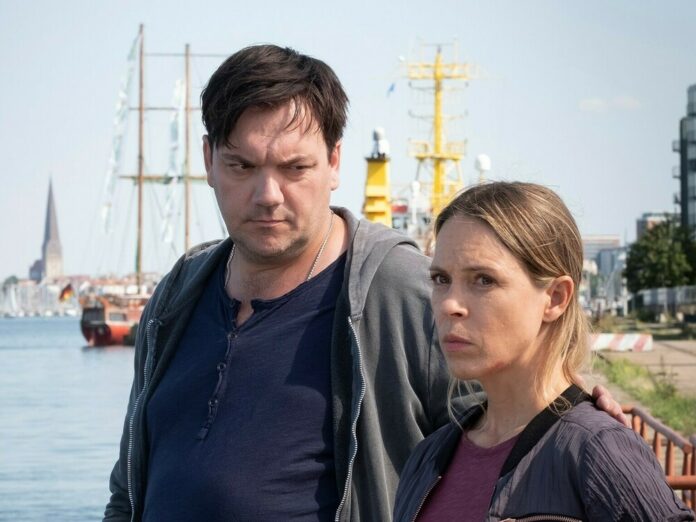 Bukow and König have been investigating since 2010

Charly Hübner (47) as cool commissioner Alexander “Sascha” Bukow and Anneke Kim Sarnau (48) as fine-spirited profiler Katrin König started their “police call 110” careers on April 18, 2010 with the thriller “One of Us”. The two and their team have been investigating in Rostock for ten years now. Time and time again, they not only showed how good a crime thriller works, they also demonstrated that the “police call 110” only distinguishes the title from the more well-known cult Sunday crime thriller “Tatort”. But can the team convince again in the new “Police Call 110: The Day Will Come”, the 22nd case?

Katrin König is beaten up early in the morning by two men while jogging on the banks of the Warnow after trying to protect another woman – Nadja Flemming (Xenia Rahn) – from being harassed.

The situation is particularly bad for König, since she’s been feeling very bad anyway since the murderer Guido Wachs (Peter Trabner, born 1969) contacted her again. She had put him behind bars by manipulating evidence in a previous case. Now he is putting pressure on König: either she will help him get back in touch with his wife or he will accuse her of her crime.

But it gets worse: Nadja Flemming is found dead at Warnow a little later, stabbed with a knife. And then there’s Bukov’s father Veit (Klaus Manchen, 83), who is planning his last deal to leave a legacy to the son …

In any case. The thriller is very exciting, very cleverly knitted and although many of the main and recurring characters are waging their own personal fight this time, the individual storylines combine to form a common thread. Really impressive how much fits in a single thriller.

The horizontal narrative thread, which has particularly tormented Katrin König for some episodes, has also been fabulously successful. In “Police Call 110: For Janina” (November 2018), the girl killer Guido Wachs appeared for the first time. In “Police Call 110: Sons of Rostock” (January 2023), he then contacted the Commissioner again. And now the connection culminates in a dramatic battle for King’s conscience. “It was a classic way to reflect on guilt and atonement,” writer Florian Oeller (born 1979) explains to NDR.

Or to put it in the words of Charly Hübner, who once again played terrificly: “What I particularly like about the film is that it had the courage to lead long narrative sheets to their points and close sacks. It’s really violent what’s going on in this film, and that’s going to mess up the whole thing. ”How true…