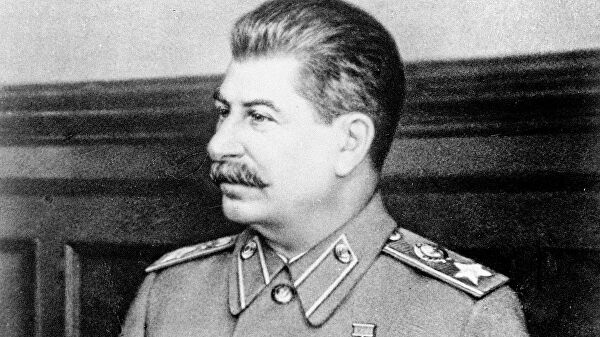 Know the order of 10-12 attacks on Joseph Stalin for the entire period of execution of powers of the head of the Central Committee of the CPSU (b). Some of them actually happened, and others remained only in the plans, at the expense of third security and environment of Stalin was just her suspicion.

the First attempt occurred in 1931. White guard officer and a spy working for Britain, one Ogarevo on 6 November at the Moscow Ilyinka street, having snatched out from a holster the gun, tried to shoot Joseph Dzhugashvili. But he placed the NKVD, who was watching him. After this incident Stalin was recommended to stop walking around the city.

In the early 1930-ies against Stalin formed a conspiracy, which later received the code name “Case Ball.” It was attended by a group of soldiers led by Peterson and Analyze. The conspirators were going to kill Stalin, but he was exposed and executed. All materials on the “Case Ball” is classified to this day.

In 1935 the General Secretary was shot at, but missed, the representative of the Russian aristocratic surnames Orlov-Paul. The NKVD also considered its actions in the framework of the “Case Ball.” All who it passed, after debunking the cult of Stalin was rehabilitated, and the case was found to be completely fabricated.

In 1937 investigated another attempt. He tried to make a T. V. Litinskaya (Zankovskaya). During interrogation she admitted his guilt and even declared himself a German spy. The verdict was unambiguous – shot. This was written later in his book “them and us” son Litinskii, P. V. Polezhaev.

In the same 1937 there was one suspicious case. May 1 in the holster Commissar Voroshilov was a combat weapon (revolver). Before him this was not found. There is a theory that at the time was preparing thstate coup, although no documentary evidence left.

In 1938, it was made two attempts to kill Stalin. March 11 Lieutenant Danilov from the Tula garrison in the uniform of an officer of the GPU and with a fake ID entered the territory of the Kremlin. However, his intentions were in time exposed.

In late 1938 against Stalin was preparing a diversion called “the Bear”. It was headed by G. S. Lyushkov, a former senior KGB officer, defected to the side of the Japanese. In conjunction worked with him six whites. The head of the Soviet state planned to shoot in Matsesta, while he underwent treatment. The plans of the saboteurs failed in result reports of Soviet secret agent Leo. The conspirators were fired at the Turkish-Soviet border. A few of them managed to escape.

In 1939, another subversive operation failed due to reports of the same Leo and the efforts of the security officers. It was organized by the Japanese secret services and involved the explosion of a bomb in the Mausoleum during the may day demonstration. This case is described in the book Hiyama Yoshiaki about attempts on Stalin.

In 1942, there was a scandalous case. Deserted from the red Army Sergei Dmitriev November 6, shot at the car of A. I. Mikoyan, which left the Spassky gate of the Kremlin. There is an assumption that Dmitriev switched cars. In fact, he wanted for something to take revenge on Stalin personally. Another version is based on mental insanity of the shooter. After 8 years he was shot.

In 1943, the Nazis developed a special operation to destroy Stalin and some other heads of States opponents of Nazi Germany. The assassination was supposed to happen at the Tehran conference. The Soviet counter-intelligence on time has revealed to German conspiracy, which had saved not only Stalin but also Churchill and Roosevelt.

Another attempt of the Nazis were going to carry outü with the help of prisoner of war Peter Tavrin. According to the first variant of the plan, on the car of Stalin had to issue a special armor-piercing projectiles. A backup option intended to undermine Stalin by magnetic mines, controlled remotely. Counter-intelligence warned of these crimes Tavrin was arrested.

In 1931, there was a strange accident. Late night August 25, a truck crashed into a car, which drove Stalin and Voroshilov. The guards instantly raised the alarm. The frightened driver of the truck fled the scene of the accident. Found it. It turned out he was drunk and had no hostile intentions towards Joseph Stalin had not.

a Little later, in the same 1931, the boat Stalin was fired by coast guard near Gagra, since the ship due to bad weather was delayed in transit and did not come at the appointed time, and security was not informed about this. As a result of misunderstanding no one was hurt.

Another strange case occurred in 1935. May 18, the two aircraft collided: the ANT-20, which bore the name “Maxim Gorky”, and I-5. The disaster claimed many lives. Could not escape, neither the crew members nor passengers. This accident is notable for the fact that directly in front of her there was a rumor that the alleged “Maxim Gorky” will fly Stalin himself.

the Last attempt took place in 1953. On March 1 the leader of the proletarian state fell and lay unconscious on the floor in the middle cottage for several hours. All this time nobody tried to render at least some help. The next day the patient was caused by the doctors who made the diagnosis “a stroke”. On March 5 Stalin died. The strange circumstances of his sudden death aroused a lot of suspicion, including on account of the devotion to the most close people to him.