Home Breaking How many times Russia tried to Annex Tibet 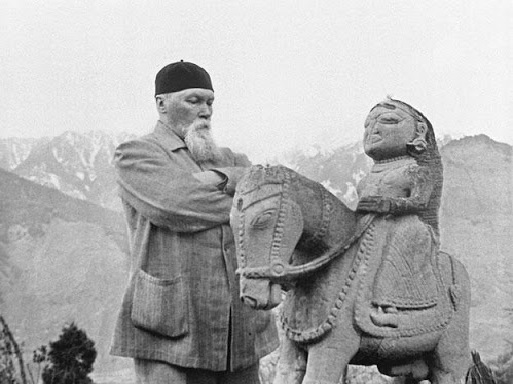 For centuries, the Russian Empire and later the Soviet Union wanted to join the Tibet. But the plans broke the China, which 17 November 1950 was incorporated in the state of Tibet. The Soviet Union had to abandon forever the idea of including this region into the USSR.
In the nineteenth century, Central Asia became a subject of political interest of the Russian Empire. At this time, greatly weakened the Qing dynasty in China and the dominance of Central Asia was claimed by the British Empire. At the end of the XIX century, the Russian Empire managed to gain a foothold in the West of Turkestan, in Mongolia and in Manchuria (today the South of the Far East) and it’s not like the British. However, the territorial “appetites” of the Russian Empire grew.

the Next step to the subjugation of Central Asia was East Turkestan, inner Mongolia and Tibet, they are home to Muslims and Buddhists. In the Russian Empire was an intelligent layer, which professed Buddhism, and considered Tibetans are friendly people. These Buddhists followed a policy of joining region in Russia – they wanted their culture and religion is preserved.

Peter Badmaev (before baptism – Zhamsaran) one of the first made for the inclusion of the Tibetan lands in the Russian Empire. The son of the Buryat nomad, he adopted Orthodoxy. Big brother Badmaeva worked in the Irkutsk Buryat doctor of medicine, so, with the help of sympathetic officials helped the brother to arrive in the Russian classical school. After graduating from high school he entered the Oriental faculty of St. Petersburg University. In parallel, he graduated from the Military medical Academy. In 1875, Pyotr Badmaev began service in the Ministry of foreign Affairs.

Working in the foreign Ministry, Badmaev strongly suggested to include in structure of the Russian Empire, Tibet and Mongolia. For these purposes he proposed to extendü the TRANS-Siberian railway to the border with China, in Gansu province. In this case, the Russian Empire set the message of Tibet and strengthen its geopolitical position in Central Asia. Later, in this scenario, Russia could subdue trade with China, Korea and Southeast Asia. The idea of Tibet has supported Sergey Witte, Alexander III did not agree with Peter Badmaeva.

a Second attempt Badmaev made after the death of Alexander III, when the head of the Empire stood Nicholas II. The Emperor was interested in the proposal Badmaeva, was sent to Tibet by captain Ulanova to find out the situation in Tibet. But the second attempt failed Badmaeva Russian – Japanese war diverted the state’s attention from the Central Asia.

Agvan Dorjiev acted on other side – surrounded by the Dalai Lama, the Thirteenth. Thanks to the Buryat origin in 1898, the Tibetan leadership sent him on a journey through Asia, the Russian Empire and Europe. Rossi Dorji gave a great
meaning, because in the Empire lived the Buryats, like himself. Aghvan initiated the establishment of friendly relations. He argued that the Russian Empire is the Kingdom of Shambhala, and Nicholas II – the reincarnation of Tsongkhapa, the reformer of the lamaists. But Dorji was not able to convince the Dalai Lama that we need to conclude a military Alliance with Nicholas II.

Dorji wanted to gain military support from Russia in the event of the British in the region. The British at this time had already established dominance in Ladakh and Sikkim, and Dorji feared that the life of Tibet will follow the European way of life and culture.
But in 1907 Britain and Russia signed a Treaty which recognized the authority of China over Tibet, and all the efforts were in vain Dorzhieva.

Tibet and the Soviet Union

After the February and the October revolution came the Soviet Union. The Bolsheviks did not want to go into conflict with the Buddhists in Russia. One of the reasons for the revival of interest in Tibet was the fact that in Mongolia the victory of the peoplenye revolutionaries under the command of Sukhe-Bator. Sukhbaatar destroyed Ungern von Sternberg, who led the whites. Sukhbaatar was trying to caught on a policy of communism in Mongolia, drawing Parallels between Communist politics and Buddhism, arguing that there are similarities. The idea of community of communism and Buddhism spread in the USSR, therefore, the political elite supported the idea of the expedition of Nicholas Roerich. the Expedition lasted from 1923 to 1929, and one of its goals was to establish friendly relations with the Dalai Lama or Panchen Lama. The peasants in Tibet were religiously fanatical, so they can be manipulated.

Nicholas Roerich tried to persuade the Panchen Lama (because the Dalai Lama was more sympathetic to the British) that Russia and Tibet shared cultural history and the unification of the USSR and Tibet will return to the “Shambhala”.
Another figure was of the expedition Yakov blyumkin. He was a key figure in the Central Asian direction of foreign policy of the USSR. In the expedition he was himself a Buddhist monk.
After the expedition Roerich, the OGPU prepared another two travel agents-the Kalmyks, who met with the Dalai Lama. They offered him a guarantee of its sovereignty, in exchange for cooperation with the Soviet Union. But the idea did not succeed.

the Latest attempt to establish a Soviet-Tibetan relations

At the all-Soviet Congress of Buddhists of the USSR in 1927 were Agvan Dorjiev. He said the community of communism and Buddhism, convinced that Lenin was a Buddhist, and the Buddha – the first Communist. In parallel he worked with the Dalai Lama, arguing that Soviet Russia is Shambhala.
But with the coming to power of Stalin Tibet ceased to be of interest to foreign policy of the USSR. Stalin sought to maintain relations with the Communist party of China, and Buddhists in the USSR were subjected to disgrace. In 1929 he banned Buddhism in Buryatia, then I went to the Wake of the closure of Buddhist temples.

the Final point was delivered in 1950, when China established its authority over Tibet. Since then, the Soviet Union and then Russian Federationtion do not pay attention to the “Tibetan issue.”