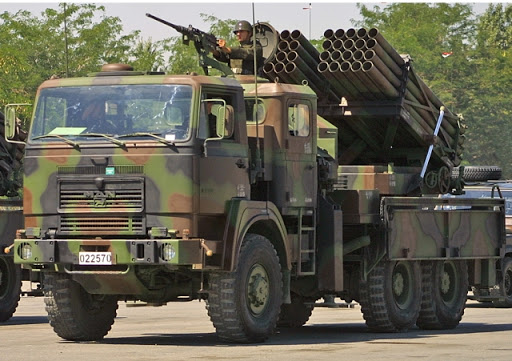 the Confrontation in the Syrian province of Idlib between government forces and militants, which supports the Turkish army, entered in the most that neither is “hot” phase. In the fighting involved not only the “Jihad-mobiles”, armed with heavy machine guns, but also tanks, heavy artillery, and ultra-modern drones. In the Russian defense Ministry warn that the opposition is actively using Western weapons and its sponsors Ankara. While Turkey itself is not shy about direct participation in the conflict and used against Syrians by all means. Including equipment of Russian origin.

In early February, Turkey smuggled across the border with Syria about 200 units of military equipment – mostly tanks and armored personnel carriers. This, in particular, standing on the armament of the German “Leopard” and the American M60 various modifications, armored personnel carriers M113 U.S. production and domestic ACV-15. According to Turkish Anadolu Agency, the backup was supposed to strengthen the position of the Turkish army in the border provinces of Idlib and Aleppo, where today the Turks and their militants satellites trying to contain the offensive by government troops.

in Parallel were deployed and more serious “toys”. Towards the end of February, Ankara transferred to Syria, the most powerful multiple launch rocket systems T-300 Kasirga – in addition to the existing MLRS T-122 Sakarya and howitzers T-155 Firtina. The latter is already noted in the attack on Neirab is a strategically important village located at the connecting Aleppo and Damascus highways M-4 and M-5. Of these guns was carried out artillery preparation in which the units of the Syrian troops was severely damaged. Only during the first assault on February 20 destroyed at least two tanks, five trucks and six armored vehicles. Losses largely forced the government oftenand in the end to leave the locality.

If the T-300 and T-155 – system of the Turkish development (in the case of Firtina – Turkey-Korean), the T-122 is readily apparent “Russian roots”. System is actually the Turkish version of the Soviet MLRS “Grad”, the components of which were used as prototypes. And unguided missiles T-122 is fully unified with the missile BM-21 “Grad”.

it Was ours, became your

If the T-122 can only conditionally be considered a Russian weapon that is used to destroy the Syrians, the anti-tank missile complexes “cornet” and as such can be called with full confidence.

as of 2013 on arms, Turkey had at least 80 launchers “cornet-e”. In Ankara’s plans even included the integration of missiles in the armament of the newest machines – such as self-propelled antitank system Kaplan and the Pars. Their delivery was planned just in time for the 2022-2021 years.

But that until that time, “Cornet” is not just collecting dust, no doubt. For example, in April 2018 in a Network there was video of using the Turkish military against the Kurds. And then install into the hands of terrorists.

Using militants anti-tank missiles became one of the main problems of the Syrian army starting in 2015. At first, the armed opposition acquired American anti – tank TOW- in some cases, even with the night vision scopes. Fortunately, such was the obvious lack of even the newest TOW-2 could not cope with the Syrian appliances – known for the case when hit by a rocket are unable to bring down even an old T-55.

But then increasingly began to receive the news of the stricken in the Arab Republic T-72 – export and Syrian modification Andra, and even modern T-90. And all this coincided with the intensification of Turkey in Idlib.

“in 2015 the massive use of anti-tank opposition was a major factor in the failure of the military operations [of Syrian President Bashara] Assad. What is remarkable — this time [is] not an American anti-tank TOW. And the Russian “Kornet”, which was Turkey, but was absent before the bandits”, – explained in 2019 in an interview with “Free press” head of the Center for Islamic studies of the Institute of innovative development, expert of Russian Council on international Affairs Kirill Semenov.

the fact that Turkey supported the rebels, and perhaps even the Turkish military, and today is used “Cornet” against the technology of the Syrian army, no doubt. After all, in February it became known about the new hit in Aleppo T-90 – it was damaged by a complex electro-optical active protection “Blind-1”. Have a tank on the teeth is not for every ATGM.