Home Breaking How the Spanish flu influenced the outcome of the First world and... 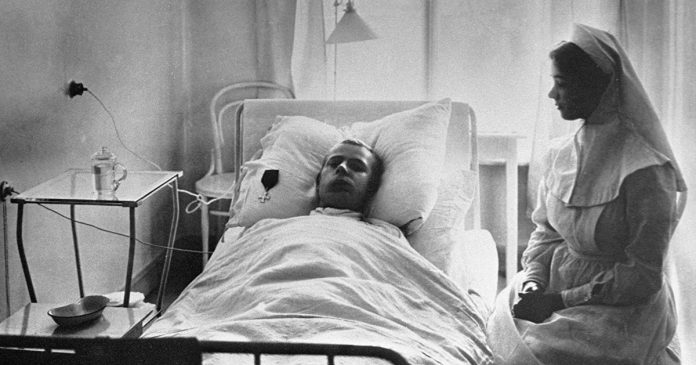 History 18/03/20 How the Spanish flu influenced the outcome of the First world and Russian civil wars.

the Epidemic disease called the Spanish flu or “Spanish flu” in 1918-1919 struck the whole world. Currently, according to archival documents from many countries it can be stated that the victims of the “Spanish flu” began in total from 17 million to 50 million people. Even the minimum figure is higher than the number of victims to complete by the time the First world war (10 million).

the scale of the epidemic in different countries was uneven. Accordingly, different was and its impact on society.

Where did the virus?

Until now, doctors have not determined exactly what started the spread of the virus. In wartime censorship is not passed to the press and in the letters of soldiers information about the mass diseases. Spanish this called flu only because Spain was not at war, and its first print was to cover the progress of the epidemic a mysterious disease with frequent fatal outcomes. Later it was found that the first closed information about the Spanish flu appeared in spring 1918 in the USA.

But now, many doctors suggest that the source of the virus was in China. There the first cases of the disease, later identified with the “Spanish flu” occurred in the autumn of 1917. From China along with immigrants, the virus appeared in the United States. In Europe, the Spanish flu, was delivered to soldiers of the American army, began a large number to arrive in France in spring 1918.

However, in 2016, “journal of the Chinese medical Association” was placed in the material in which the facts of the Spanish flu in the European armies in the years 1914-1917. Hence it was concluded that the “Spanish flu” swept the fronts of the First world war before 1918, but the censorship of the warring countries managed until then artfully hide the fact the epidemic. Probably, this conclusion is much truth in that, because the first army, which the Spanish flu struck fromRon, comparable to military losses, was the German.

the Defeat of Germany in the First world war

In March 1918, Germany defeated Russia. Now all the forces of the Imperial army could be thrown on the Western front. The German General staff was planning to break the Anglo-French armies before to help them get here of a major American forces from overseas. In three successive offensives in March-June, 1918 in France, Germans have managed to significantly oust allies. Planned a new offensive in July 1918.

But just at this moment, the secret message of the chief of staff Erich Ludendorff, one in ten German soldiers were dumped with the flu. A separate division almost entirely lay in the infirmary. Launched on 15 July 1918 the last German offensive in world war I drowned three days later.

it is Noteworthy that the Anglo-French troops experienced in that moment of such serious difficulties in connection with the epidemic. Perhaps the greatest exposure of German soldiers disease has been associated with malnutrition. Due to the economic blockade of Germany from 1915 were “well organized hunger” (Lenin’s expression). The average daily ration of a German soldier in 1918, consisted of 2,500 calories, whereas French – 3900, and English – 4300 kcal (A. M. Zaionchkovskii. World war 1914-1918).

the Weakening of the German army malnutrition and disease helped the allies turn the tide at the front. 8 August 1918 the French and British Germans inflicted a serious defeat and went on the offensive, not stopping even before the signing of the armistice (11 November). The American troops, contrary to a wide spread in the U.S. legend, played almost no role in this fracture. They were so amazed by the “Spanish flu”, which only in September 1918 the American army was advanced to the front. All in all, the US army lost in the First world war from the “Spanish flu” about as many people as from enemy fire.

For the Imperial army the impact of the epidemic was greater than for the Anglo-French forces because the spring and summer offensive of 1918 was her last chance to win the First world war. The failure of this offensive meant losing the war even if the allies were able to mount a counteroffensive, but with a delay.

the victory of the Bolsheviks in the civil war

Russia during the revolution and civil war, due to massive malnutrition and widespread collapse of infrastructure, was impressed with the variety of epidemics (except the “Spanish flu” yet typhoid, typhus, cholera, etc.). On going then the disease left many vivid memories in the literature. From reading Soviet literature may give the impression that the disease is prevented it was the Bolsheviks. But the other side of the front, experienced the same problem. And in whose to the rear of the “Spanish flu” cleared more: white or red?

the Question is not idle. Because the epidemic had different impact on different countries. If you see the “Spanish flu” of 1918-1919, in Europe, we would reveal an interesting pattern: the North of the country, the less its affected by pandemic.

from this we can conclude that the Spanish flu heaviest was about to strike the southern regions of the former Russian Empire, Ukraine and the North Caucasus. And because it operated the largest forces of the whites, resisted the red Army in the civil war.

Ukraine Spanish flu, as it is believed, penetrated in the summer of 1918 with the soldiers of the German army. However, the most significant outbreak in the Ukraine, the Kuban and the don began in the winter of 1918/19 year after arrival in the ports of Odessa, Sevastopol and Novorossiysk Britonsfir and French soldiers. Many of them before it visited the Balkans and the middle East – the regions with the highest magnitude of the pandemic “Spanish flu”.

Foreign military intervention has become a major factor in the penetration of Spanish flu in Russia. And naturally, the pandemic is mostly supposed to hit the southern regions of the country. Soldiers of the Entente brought the “Spanish flu” also in the White army of the East and North of Russia. In Central Russia, where the main resource base of the Soviet government, the scope of the Spanish flu pandemic was less. Thus, the “Spanish flu” had a greater impact on the combat capability of the whites, than the combat capability of the red Army.

Recommended statesalaska… Share: Comments Comments on the article “How the Spanish flu influenced the outcome of the First world and Russian civil wars” Please log in to leave a comment! br>
Share on Tumblr