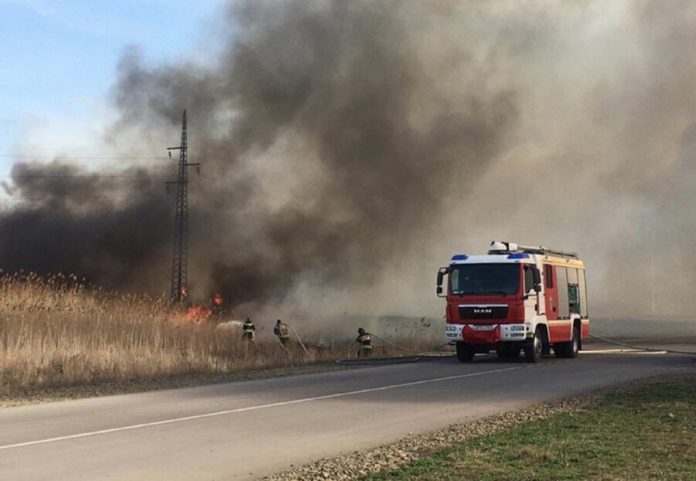 In Rostov-on-don, near the “Rostov-arena” lit up the reeds. The fire area reaches 25 hectares, RIA Novosti reported with reference to the regional Directorate of the Ministry of emergency situations.

the incident occurred on the left Bank of the don in the streets of Chemotactic and left Bank. The complexity of the fire raised to the maximum, the 4-th number.

In the course of extinguishing the fire killed the fireman. On the spot involved a Mi-8 helicopter and a fire train. On the site of the fire works 144 and 50 units of special equipment.

Rescuers assure that threats to any structures and “Rostov-arena” there. The cause of the fire could be arson, since the fire, it was five foci.