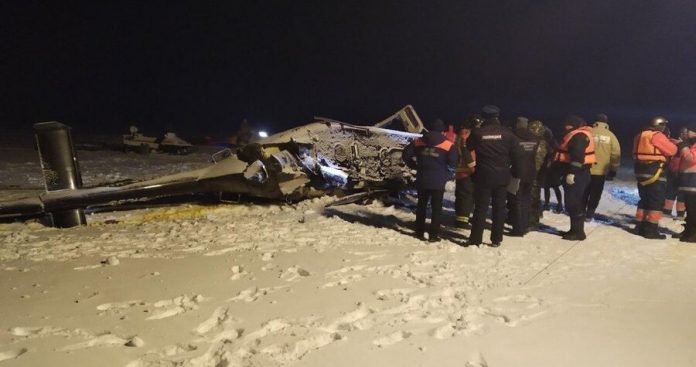 the Volga investigative management on transport of SK of Russia brought criminal case upon wreck of the helicopter in Laishevsky district of Tatarstan Republic. This was reported on the official website of the Investigative Committee of the Russian Federation.

According to investigators, the cause of the tragedy could be pilot’s error, technical failure and adverse weather conditions as an aggravating factor.

“At the scene, experienced investigators and criminalists of Privolzhsky investigatory management on transport of SK of Russia, conducted investigations aimed at establishing all the circumstances of the crime”, – underlined in SK the Russian Federation.

the Case against incident is considered on signs of the crime provided by part 2, article 263 of the Criminal code of Russian Federation (“Infringement of safety rules of movement and operation of air transport, entailed on imprudence death of the person”).

the crash injured two people, one was killed. It was later revealed that the deceased was a member of the state Duma Airat Khairullin. A member of Parliament he was in IV, V, VI and VII convocations, represented the party “United Russia”.