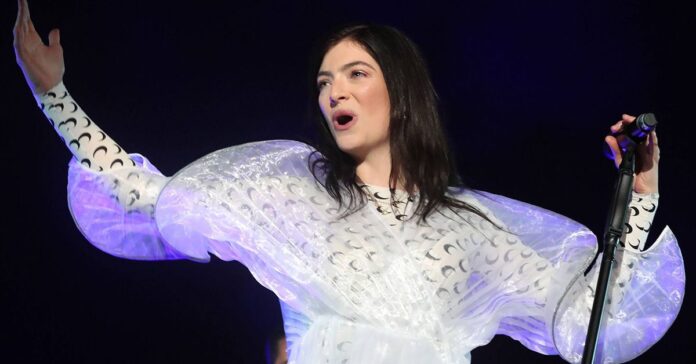 Lorde has confirmed that she is working on her new album. The 23-year-old, whose real name is Ella Marija Lani Yelich-O’Connor, has now revealed to her fans that she will soon be able to look forward to brand-new music from her.

In a newsletter addressed to her loyal fans, the singing beauty revealed: “I started going back to the studio in December just to do something and, to my surprise, something really good came of it.”

The thing with the melodic muscles

And further: “Happy, playful things. I noticed how my melodic muscles played and got stronger. ”

Despite the corona pandemic, the “Royals” musician worked from afar with the successful songwriter Jack Antonoff on the successor to her “Melodrama” record from 2017.

However, the artist also warned that it could take a little longer for the new material to appear worldwide. The “Hard Feelings” singer, who proudly announced that her new songs were “so damn good”, also revealed that she was already looking forward to going on tour again:

“I want to play at music festivals again – listen to my intro music, watch the band go on stage.” (Bang)