Home Breaking Lukashenko has threatened to “pick up” Russian oil 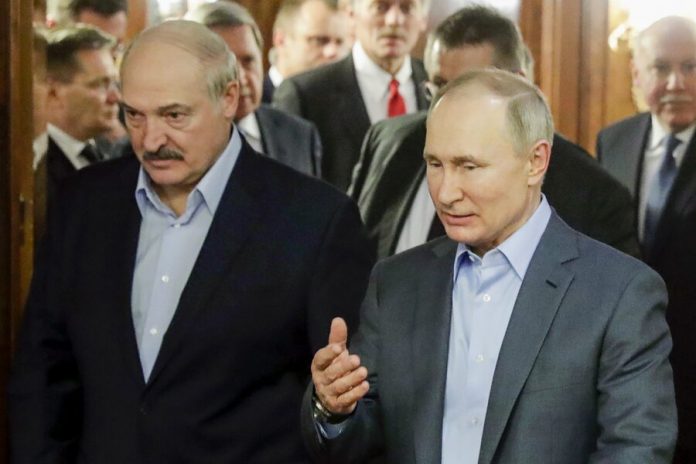 the President of Belarus Alexander Lukashenko said that the insufficient supply of oil from Russia in February will start “the selection” of the pipe through which the raw material is transited to the West. Thus, Minsk is planning to Supplement to the required monthly volume of two million tons.

According to him, the talks in Sochi, he agreed with Russian companies. Lukashenko stressed that no one is blackmailed. “Said if Russia would not put the oil in the right amounts, we will begin the selection and the transit pipeline”, – quotes words of the President Sputnik of Belarus.

the President stressed that the agreement between Moscow and Minsk suggests 24 million tons of oil per year, but in January it was made only 500 thousand tons. Lukashenka added that Russia had not yet paid for the incident with the “dirty” oil, although the equipment in both Belarusian oil refineries out of order.

the Head of Belarus concluded that Minsk asked Moscow cheap oil, as willing to purchase raw material at world price and process. The Belarusian leader concluded that Belarus plans to buy Russian alternative raw materials, including the U.S., “that every year on December 31, not to stand on my knees.”

U.S. Secretary of state Mike Pompeo during a visit to Minsk said that American companies are able to meet the needs of Minsk in the oil at one hundred percent. He added that thus USA will help Belarus “to create their own sovereign state”.