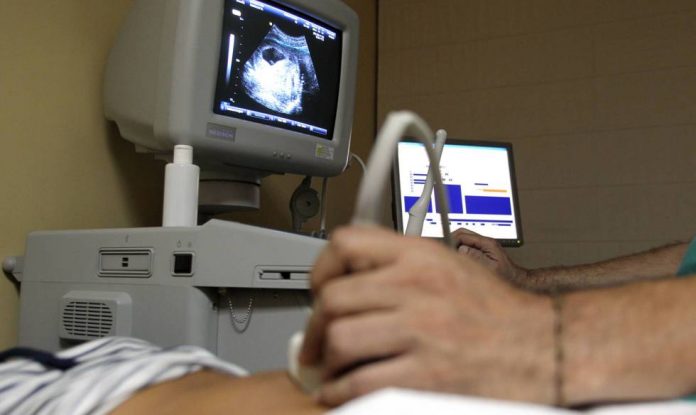 The question started from Vox. The party of the ultra-right wanted to know the measures of the Community of Madrid, who presides over the popular Isabel Diaz Ayuso, to reduce the numbers of interruptions of pregnancy in the region. The vice-minister of Health Care, Ana Davila-Ponce de León, said that the number of abortions have increased in the community, “50%” between 2010 (when the PSOE Government passed the Law on Sexual and Reproductive Health and Voluntary Interruption of Pregnancy) and 2018. It is not true. The numbers have declined in that period, in line with the national trend. Went from 20.946 cases in the Community of Madrid, according to the memory of the Ministry of Health, to 18.914 in 2018, according to the latest data of the Community of Madrid. Representing a decrease of 9.7%.

The vice-minister Ana Dávila offered to other data. He assured that the number of voluntary termination of pregnancy (IVE) have gone from 8.326 in 2010 to 18.914 in 2018, which in reality would mean an increase of 127%, much higher than she stated. A spokesman for the ministry of Health points out that the vice-minister committed “an error while reading the data” and added that, for 2010, employed other of the Madrid Health Service about the interruption at the request of the women, (not for medical reasons), that are not public and do not coincide with the Madrid sent it to the Ministry of Health for its annual reports.

Davila added in his speech that to the current law, abortion is a “right”. “You will agree with me that above all it is a drama for the woman and a failure for the society”, he added. And he made a critique of the regulations on the basis of the data that had been presented: “it Is evident that the law socialist that sought to contribute to the reduction of unintended pregnancies that end in abortion has not been achieved, nor much less the goal they had anticipated, but on the contrary”.

The national reports on voluntary termination of pregnancy, elaborated annually by the Ministry of Health, with data provided by the autonomous communities, reflected a decrease in the rate of ABORTIONS for every thousand women between 15 and 44 years of age in the period referred to by the vice-minister. Occurs both in the national compendium, where it has gone from 11,71 IVE 10,51 per thousand women, as well as in the Community of Madrid, where low 14,77 abortions in 2010 to 13,07 per thousand women in 2017, the latest available data.

the electoral program of The PP for the regional elections plans to adopt “all measures to support the life of the unborn, giving alternatives to pregnant mothers”, as information of the existing aid, or connect with people who do not find children for adoption, among others. Mp Vox Gádor Joya Green, recalled this commitment of the vice-minister pointing out that “the abortion rate is not a good indicator of the health of a population, rather the opposite”.