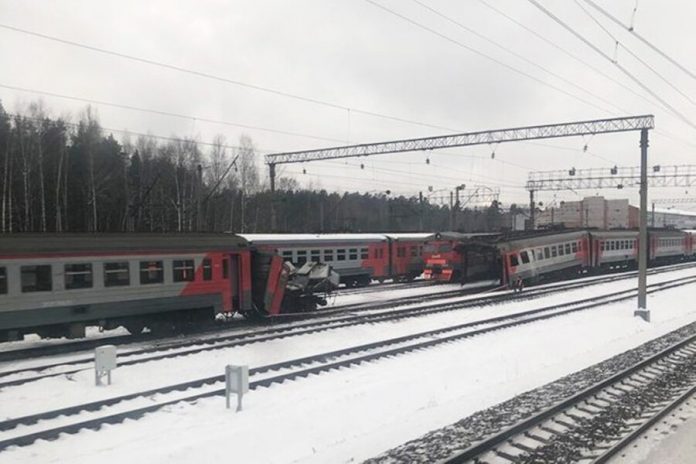 Moscow railway (MZHD) clarifies the reason for the occurrence of empty wagons to the depot “kurowski” in the suburbs.

As reported by the Agency “Moscow” in the press service of the highway, on Friday, January 31 during maneuvers occurred collision of cars of electric trains. As a result, one of them almost ripped in half. At incident nobody has suffered, on the train traffic situation is not affected.

According to “Moskovsky Komsomolets”, the train was in the shop for repairs. The train was rolling out of production facilities. The arrow accidentally sent him the wrong way. Machinist due to a failure of the transmitter could obtain information about the error.

Earlier, the wagon train was burned at the station “Chekhov” Kursk direction of Moscow railway. The passengers were landed in advance of composition.