Home Breaking More than 30 employees of a canadian company are killed in an... 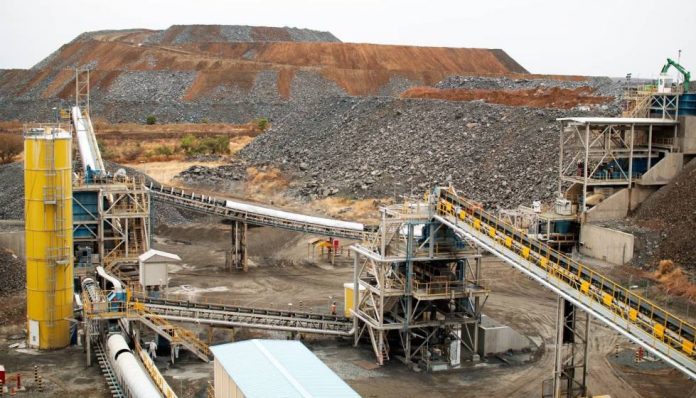 The worst terrorist attack suffered by Burkina Faso in the past five years has left this Wednesday with a balance of at least 37 people dead and 60 injured in the east of the country. The victims, which could increase, given that there are people still missing, have been workers of the canadian company, Society of Mining Exploitation in West Africa (Semafo) who were traveling in a convoy of five buses. The military vehicle that was leading the caravan, he stepped on an explosive device and craft, followed by an indeterminate number of terrorists began to shoot against the bus, according to reports France Press.

The violence and the exodus forced bleeds in the Sahel Burkina Faso, in the target of terror

The ambush took place on the road between Ouragou and Boungou, about 40 kilometres from the gold mine that exploits Semafo in the province of Tapoa in the East region of Burkina Faso, as said the colonel Saidou Sanou, governor of the said region. Among the victims, whose nationality has not been provided, there are not just employees of the mining company, but also contractors and suppliers, all of them civilians. After the attack, the security forces launched a rescue operation, reports the Government. “It has been a barbaric attack and a coward,” said Sanou.

In August of 2018, this same company has already suffered two other terrorist attacks in which 11 people were killed. The Government from burkina faso had asked the mining companies working in the country to adopt special security measures for the movement of its personnel, given the presence of terrorist groups in the area. Semafo operates two mines in Burkina Faso, the cited Boungou, in the eastern region, and another at Mana in the west.

From 2015, the year that marks the beginning of the terrorist attacks in Burkina Faso, there have been about 700 people dead and half a million people had to leave their homes, especially in the north and east of the country, both by the terrorism and intercommunal violence. The terrorist groups most active are Ansarul Islam, which is affiliated to Al-Qaeda, and the Islamic State of the Great Sahara (EIGS). It was only four days, Oumarou Dicko, mayor of Djibo and member of Parliament, was killed along with three occupants of his vehicle after falling into an ambush at the hands of armed men.

To try to tackle the terrorist violence that affects also to Niger and Mali with special intensity, Burkina Faso is part of the G5 Sahel, a supranational body coordination that is put in place a military force joint also integrated by Mauritania, Chad, Mali and Niger and with the support of the Operation Barkhane French and the united States. However, the lack of resources of the national armies and the lack of funding for this new military force have slowed its operation.

This Monday, the French minister of Defense, Florence Parly, who is visiting in the Sahel, announced the deployment of special forces from different european countries, from 2022 to treat of prevent the progression of terrorist groups. Last week, an attack undertaken by a group in the Sahel afialiado the ISIS in the region, a malian of Menaka casuó the death of 49 soldiers in Mali and the next day a French military of Barkhane, which maintains about 4,500 troops in the area, died by stepping on his vehicle an explosive device.