Home Breaking Opinion | The inequality generated by the lack of solidarity 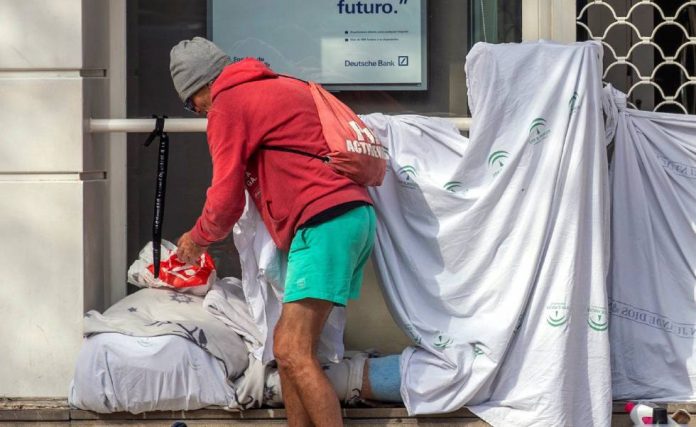 The inequality has not ceased to grow in Spain despite the economic recovery. The rate of poverty or social exclusion has risen from 24% in 2008 to 27% in 2017, and although there are countries that still have fared worse (Greece has gone from 28% to 35%), the wounds of the crisis have done nothing but aggravate a trend that already was structural before the outbreak of the crisis. Thomas Piketty has demonstrated in his book capital in the TWENTY-first century that inequality has not ceased to grow because it is a structural element of the economic model, which tends to concentrate the wealth in fewer hands. For his part, Joseph Stiglitz warned in The large gap (Taurus, 2015) about the huge impact of inequality on social cohesion.

Many are surprised that this increase is so pronounced in the social divide for the loss of income of the most disadvantaged, aggravated by a lower coverage of social policies because of the cuts has not produced a social and political reaction commensurate with the gravity of the situation. It is true that a part of the growth of the populism of the right can be attributed to the discontent of the most helpless, expressing their discomfort by voting for those who encourage their resentment, and they deceive with promises of redemption. But there is something more. The research conducted by the team of Rosa Rodríguez Bailón, professor at the Department of Social Psychology of the University of Granada, offer interesting elements of reflection on the psychological mechanisms and social the own inequality generates. Between them a kind of thought and behavior tend to justify it.

The economic gap generates social distance between the classes. How much greater inequality, greater importance is given to the social status, to the end of producing an anxiety about the status that leads to the lack of solidarity. In a society in which advertising generates high expectations of consumption and well-being, inequality, increases the concern to maintain the status-not only among those who feel threatened his position, but in all. The more inequality, the less trust the people on the other. Numerous studies have shown that those who are in the lower positions and have spent the greater part of their energies to survival, are isolated more, vote less and participate less in politics.

persistent inequality feeds a kind of beliefs that tend to justify it, including the idea that those who are successful in life have it because they are more intelligent and have made more of an effort. In a way that dehumanizes the poor and to the extent that they are considered guilty of their bad luck, the better placed they tend to be less compassionate and more restrictive to support social assistance programs. It is as well as the beliefs and the ideology end up favoring the increase of inequality.