Home Breaking Polygon “Tomka”: how the Germans taught the soldiers to use chemical weapons 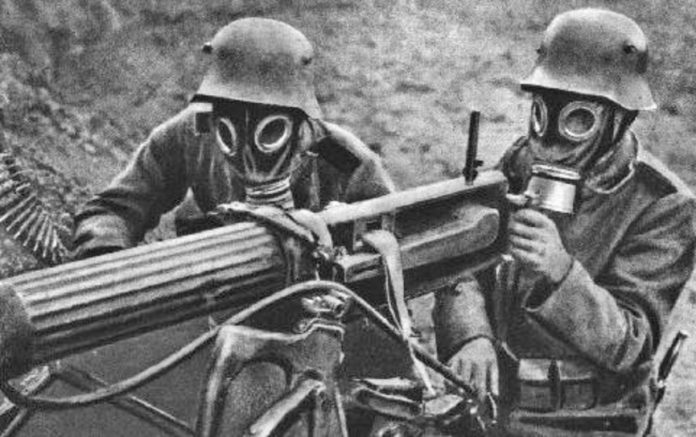 History 25/03/20 Polygon “Tomka”: how the Germans taught the soldiers to use chemical weapons

before coming to power in Germany of Hitler, the Soviet Union actively cooperated with this country. In particular, in the field of military weapons. The Country of the Soviets at that time there was not enough private expertise and technologies in this area and she appealed to the Germans to get it.

In the book Pyhalova I. “the Great war slandered” are documents attesting to acts of cooperation of the USSR and Germany in the military sphere. For example, creating a polygon “Tomka” in the Saratov region, which hosted the Soviet-German test in the field of aerobilia. Here tested weapons based on toxic substances.

According to historical document, the project was given in the summer of 1926. The contract stipulates that the Soviet Union would give the landfill and provide all the necessary testing. Germany, in turn, undertakes to train professionals from the Soviet Union the practical handling of chemical weapons. Documentation from both parties was open and intended for implementation on an equal footing. Soldiers of the Soviet Union led the administrative side of the project from Germany – technical.

According to the report I. Unshlikht, Chairman of the revolutionary military Council of the USSR of Stalin, from the very first months of implementation of cooperation, it proved to be fruitful. In particular, in the autumn of 1926 carried out testing the action of mustard gas on human settlements — was held dozens of flights at the suburban site “Podosinki”. In December of the same year it was reported that the Soviet military successfully adapting to the experience of German experts in the field of new forms of use of chemical weapons. According to the information of the revolutionary military Council, the Soviet Union spent on the implementation of the project of the order of 20 thousand rubles, German, ten times more, because the equipment was German, and Germany paid for the work of its own staff and transport.

In the piece “Fascist sword was forged in the USSR” and the Bushueva, Y. Dyakov, describes the operation of the landfill “Tomka”, located 130 km from the city of Saratov. It is there in 1927, the database was moved from the “Potosinos”. Tests were conducted here during the next 6 years. Was worked out the chemical attack, the action of remedies, we have analyzed the effectiveness of methods of degassing of the area. Injurious effect of mustard gas tested, including in experimental animals. According to official estimates, costs the Germans at times exceeded the investments that were made in the project of the Soviet Union. Although initially the contract was fixed that the parties will bear the costs on an equal footing. For example, the construction of the landfill “Tomka” Germany worth a million Reichsmarks.

the Complex of buildings “Tomka” included vivarium, degassing chamber, laboratory, garage, residential barracks, hangars, machinery. The German side was granted 20 instructors, among them was dominated by chemists. Without special permission they were not allowed to leave sensitive sites. German General Blomberg in 1928, in his report, the management noted the high interest from the Soviet side to the project, and the success of cooperation between our countries. He expressed the wish to extend the object further technically equip it.

But already in 1929 in the Soviet Union began to suspect that Germany hides the latest developments, not fully share its experience in the production and use of chemical weapons. Over time the mistrust of the parties was growing, and the practical use “Tomka” fell.

About the future use of the landfill was negotiated between K. Voroshilov — member of the Politburo of the CPSU(b) and V. Adam — chief of the General staff of the Reichswehr in 1931. Voroshilov directly said that the Germans in the Soviet Union was a unique opportunity to experiment with chemical weapons. In return, the Soviet Union expects to receive compensation in the form of the broader investments of the German side to the project and gearand excellence of the Germans in this area.

All further negotiations were fruitless. Germany shied away from continued testing at the site “Tomka”, showing a loss of interest in cooperation with the Soviet Union. And by the summer 1933 the object is eliminated.