Home Breaking Ruslanova: what star of the Soviet stage was put in the GULAG 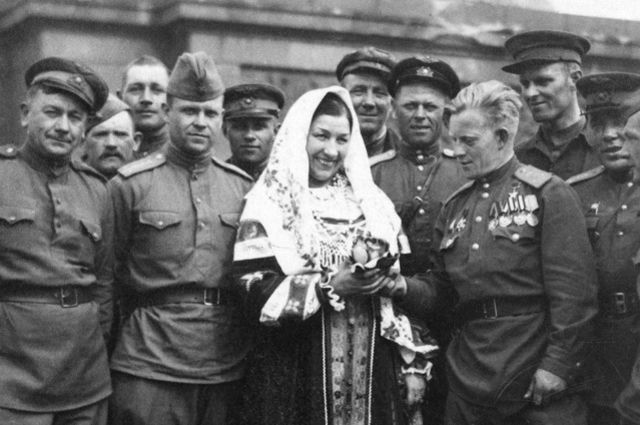 History 18/03/20 Ruslanova: what star of the Soviet stage was put in the GULAG

Lydia Ruslanova was famous throughout the Soviet Union singer, received the title of Honored artist of the RSFSR in 1942. She had a unique singing voice and sang mostly Russian folk songs.

In 1948, Ruslanova was arrested along with her husband, General Vladimir Kryukov. The couple was accused of anti-Soviet propaganda, and looting. During the search they had found a huge amount of wealth, which according to investigators was kidnapped in the German houses in the territory controlled by the troops of the USSR.

in 1949, a famous Soviet singer was sentenced to ten years in the camps with confiscation of property.

According to many historians, the reason for the arrest Ruslanova husband could be friendship with Marshal Georgy Zhukov. In 1948, Zhukov and other military officers suspected of conspiracy. The result was arrested by the generals, the components of its immediate surroundings.

One of these generals was the husband of Lydia Ruslanova Vladimir Kryukov. During interrogations, he confessed that visited the brothel “Merry Canary”, and that when his hospital contained a real brothel, and the girls were awarded military awards, and what turned into marauders and robbers dragged into the house everything from furs, fabrics and carpets to toothbrushes, toilets and faucets. Medals, including the Gold star of the Hero received at the personal order of Zhukov.

By decree of Marshal of the Victory received my order of the Patriotic war I degree. in August 1945, and Ruslanova. However, in 1947 the government decided to this order, illegally issued, she took. And the wife, as was the custom in those days, were arrested with him “at the same time”. During numerous interrogations, the singer repeatedly asked about the relationship with Zhukov. The investigators tried to get information that could serve as a dirt on high-ranking military. But Lydia is not “passed” Georgy Zhukov. Maybe that’s why it failed to arrest.

That was confiscated from Lydia Ruslanova?

special attention deserved to an outstanding collection of diamonds and jewelry belonging to Lidia Ruslanova.

What happened to her collection of diamonds?

the Investigation knew that Lydia had a unique collection of jewelry, but during searches it was never found. The fact that this collection was kept by women working in the house of Lydia the housekeeper. Ruslanova completely trusted her and at first did not answer questions about where the diamonds are. February 5, 1948, the investigator of the MGB of the USSR major of state security Grishaev during the next interrogation said: “an Additional search in a special hiding place in the kitchennot under the stove in the apartment of Your former nanny Egorova living at Petrovka 26, was seized belong to You 208 diamonds, besides emeralds, sapphires, pearls, platinum, gold and silver jewelry. Why do You still hide the fact that have such large values?”.

the Overall weight of the jewels was about 16 kilograms. During the interrogation, Ruslanova said:
– I was sorry… I was sorry to lose those diamonds. After acquiring them I have given in recent years! Cost me at least half an ear to hear that somewhere sold a rare ring, pendant or earrings, and I don’t hesitate to buy them, so diamonds became more and more.
– And where you took money?
I well earned a performance of Russian songs. Especially during the war, when the “left” concerts became much more. And buying diamonds and other valuables, I have been doing since 1930 and, frankly, didn’t do it without passion.

8 Oct 1949 Ruslanova was sentenced to 10 years in labor camps and confiscation of property. To serve the sentence she was sent to “Taishet branch of the Gulag” — Ozerlag. First, Lydia Ruslanova, was sent to work in the village Isikan of Chunsky district of Irkutsk region. When the river Lena was a barge, which transported the prisoners, the people who worked along the shores, listening to the water stretches a strong female voice, singing Russian folk songs. “Ruslanova sings”, — said the people.

She, like her husband, was serving a sentence until 1953. After Stalin’s death and Beria’s arrest Vladimir Kryukov sent a letter to Georgy Zhukov, who at that time was Deputy defense Minister of the Soviet Union. In his address he requested to revise their wife case. In the same year, the couple were released.